In fact, for the 48 Lok Sabha seats in Maharashtra, there were a total of 80 women candidates in the 2019 Lok Sabha polls, of whom 8 have been elected. 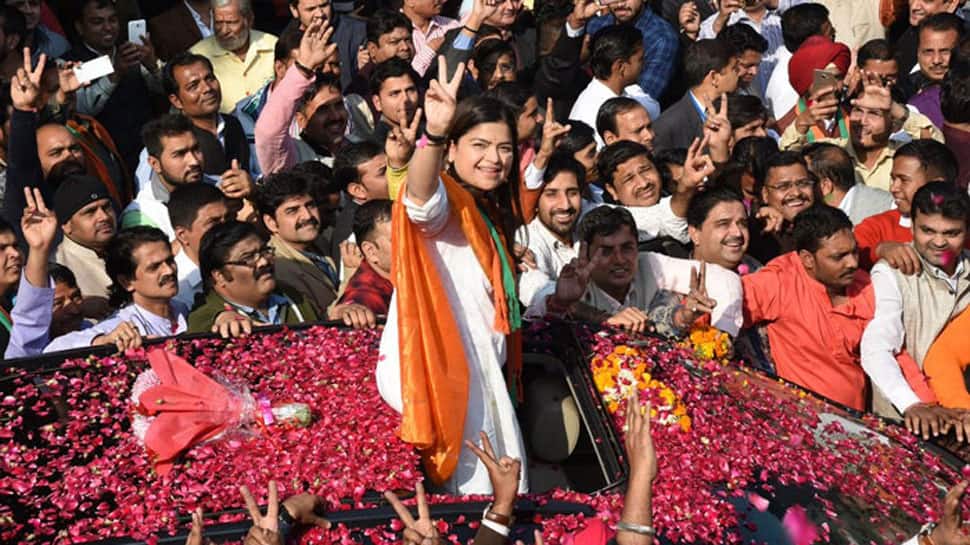 Mumbai: For the first time, the 17th Lok Sabha will have a record 8 lady members from various parties in Maharashtra, in an indicator of growing women`s empowerment.

Among the 71 women MPs elected from all over India, the Maharashtra contingent will account for around 10 per cent of all the lady representatives in the country`s highest law-making institution.

In fact, for the 48 Lok Sabha seats in Maharashtra, there were a total of 80 women candidates in the 2019 Lok Sabha polls, of whom 8 have been elected.

While one among them, Navneet Rana, is a well-known actress with several films in south Indian languages to her credit, three are medicos -- Heena Gavit, Bharti Pawar and Pritam Munde. Poonam Mahajan is a businesswoman, while Bhavana Gawali-Patil is an educationist.

With six women getting elected from the ruling National Democratic Alliance (NDA), a couple of them are likely to be rewarded with ministerial berths in the next government of Prime Minister Narendra Modi.

Interestingly, two of them -- Poonam Mahajan and Supriya Sule-Pawar -- had fought only women-to-women contests and defeated their rivals, Priya Dutt of the Congress and Kanchal Kul of the BJP, respectively.

Navneet Kaur Rana is married to Ravi Rana -- an Independent legislator from Badnera in Amravati district and the nephew of yoga guru Ramdev -- in a mass-marriage ceremony in 2011 along with 3,100 other couples.

People of Amethi wanted development: Smriti Irani on her win over Rahul Gandhi