EC had banned her from campaigning for 72 hours for her remarks on Babri Masjid. 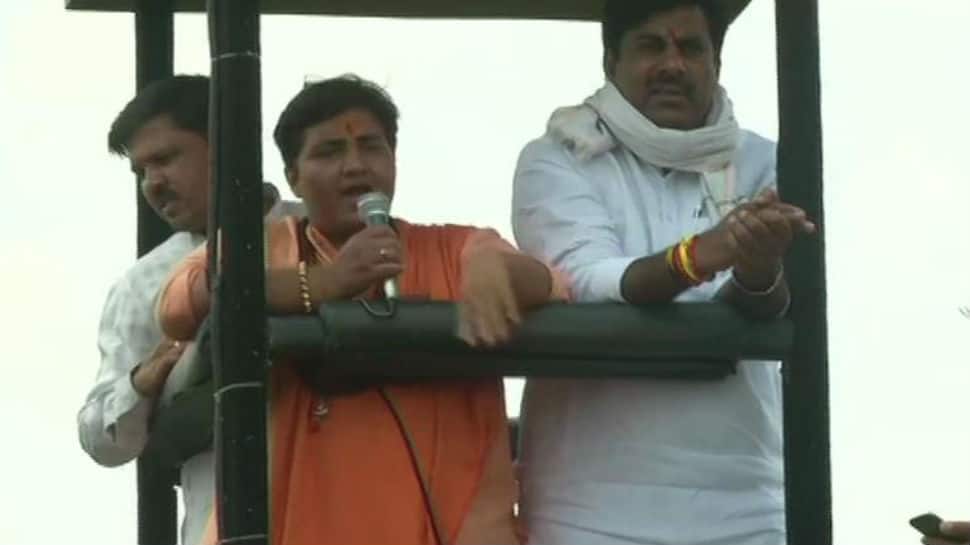 ECI had banned her from campaigning for 72 hours for her remarks on Babri Masjid.

Thakur blamed Congress for getting the prohibition imposed on her.

Madhya Pradesh: BJP's candidate from Bhopal, Pragya Singh Thakur campaigns for elections; On May 1, Election Commission of India had banned her from campaigning for 72 hours for her remarks on Babri Masjid. #LokSabhaElections2019 pic.twitter.com/YOXWAPHLmp

"They got a 72-hour ban imposed on me. There was no reason behind it and it was only because I spoke about patriotism which they did not like. They got afraid and had the ban imposed of 72 hours," said Thakur while campaigning in Bhopal parliamentary constituency.

She also lambasted Congress governments of past and said, "Before Uma Bharti`s rule there was such a government in the state that there weren`t potholes in road but road in potholes. There was no arrangement of water, electricity in their rule. These people who took away employment are now promising jobs."

Referring to state assembly polls, Thakur also urged the people for not repeating the mistake that they made "four months back."

"I was kept inside the jail for nine years and was continuously tortured me. People will take revenge for insulting the women, they will take the revenge of equating our religion with terrorism. The mistake that you have made four months back should not be repeated now," said Thakur.

Earlier in the day, she was also seen collecting donations from the public for her election campaign.

The Election Commission of India (ECI) on Wednesday debarred Thakur from campaigning for three days in the Lok Sabha polls in the wake of her remark that she is proud of Babri Masjid`s demolition.

The remark was found in violation of the Model Code of Conduct (MCC) by the poll body.