Sadhvi Pragya seeks dismissal of plea against her; calls it politically motivated

Sadhvi Pragya Singh Thakur, BJP's candidate from the Bhopal Lok Sabha seat in Madhya Pradesh, filed her reply in Mumbai NIA Court against the application by father of one of the victims of 2008 Malegaon blast case seeking to bar her from contesting elections on Tuesday. 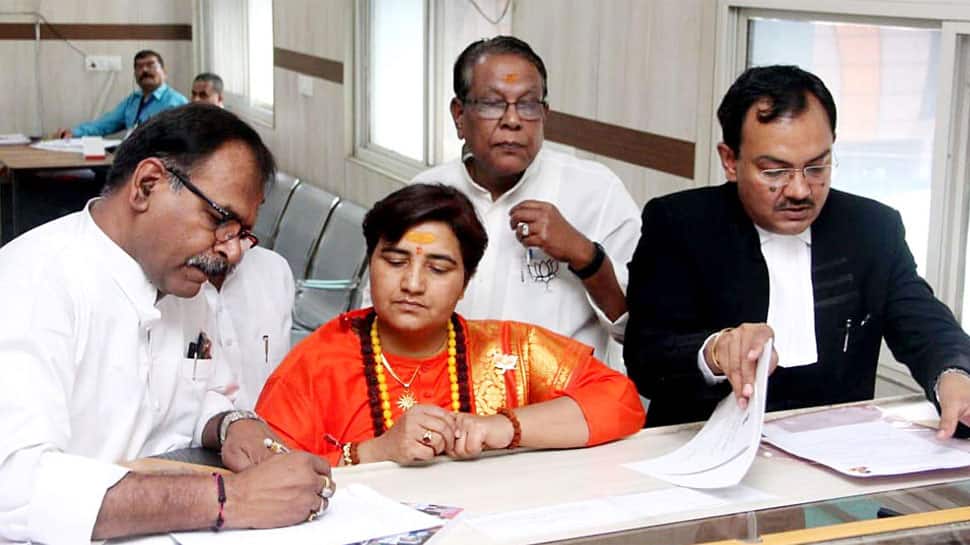 Sadhvi Pragya Singh Thakur, BJP's candidate from the Bhopal Lok Sabha seat in Madhya Pradesh, filed her reply in Mumbai NIA Court against the application by father of one of the victims of 2008 Malegaon blast case seeking to bar her from contesting elections on Tuesday.

Seeking dismissal of the application, Thakur called it "frivolous", laced with "political agenda", and said that the “applicant has filed this to seek publicity”.

NIA in its reply states that 'the matter is related to election and EC, NIA has no jurisdiction.'

Thakur responded to the plea through her lawyer before special judge for National Investigation Agency cases V S Padalkar.

"The applicant has deliberately chosen this court to ventilate misconceived and frivolous application for want of publicity and for extraneous reasons with political agenda," she said.

Nisar Sayyad, father of one of the 2008 Malegaon blast case victims, moved the court Thursday, urging it to bar Thakur, one of the prime accused in the case, from contesting the election from Bhopal.

The plea highlights that Thakur was given bail on health grounds. However, she is "healthy enough to fight elections in the crippling summers heat", and has therefore misled the court.

Meanwhile, All India Ulama Board Monday filed a complaint against Thakur for remarks on Masjid demolition remark. Thakur has said: "I will go to build I have said it yesterday and I am not gone I have demolished Babri structure He is my Ram ji and no one can stop me from making a grand Ram Temple. The nation is Ram, Ram is a nation. "

Yoga guru Ramdev also came out in support of Thakur, saying it was unfair to subject her to cruelty in jail for nine years on the basis of suspicion.

"Sadhvi Pragya was made to suffer rigorous imprisonment for nine years. There is nothing wrong in restraining her if she makes an inappropriate statement but the inhuman treatment given to her in the jail purely on the basis of suspicion was not fair," Ramdev told reporters in Haridwar on Monday.