Mamata Banerjee, at an election rally, had accused BJP of trying to establish a parallel government in West Bengal and had said she will take revenge. PM Modi says the Kolkata violence during a BJP rally here was a result of that vow that the TMC chief took. 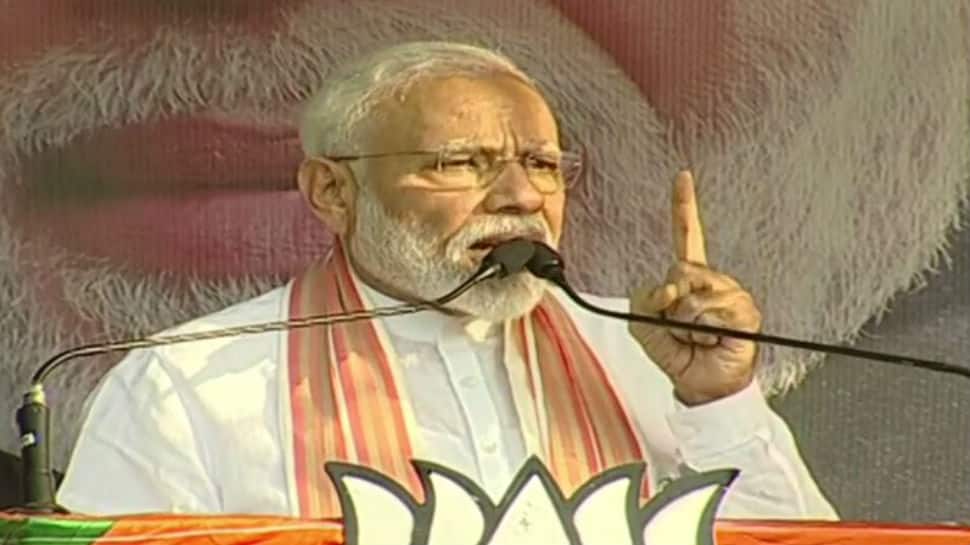 Basirhat, West Bengal: Prime Minister Narendra Modi has had an intense verbal duel with Mamata Banerjee through the course of Lok Sabha election 2019 but on Wednesday, a day after a BJP roadshow in Kolkata was marred by violence, he sharpened his already razor-sharp attack against the West Bengal chief minister.

Addressing a rally, PM Modi launched a scathing attack against Mamata and blamed TMC for the violence in Kolkata a day earlier. "Mamata didi had declared publicly two days ago that she will take revenge. She fulfilled her agenda within 24 hours, BJP President Amit Shah's roadshow was attacked," he said, referring to a rally speech made by Mamata in which she had said she would take revenge for BJP trying to create a parallel government in West Bengal.

PM Modi, however, accused West Bengal's state government of being high-handed and even referred to the arrest of a BJP worker for sharing a meme on Mamata. "Didi, the daughters you are putting in jail are the daughters who will rise up and punish you. One photo and so much anger? I request you to make an obscene photo of me and present it to me when you come to congratulate me on winning the election. I assure you that I will not file an FIR against you and will graciously accept the photo," he said.

Expressing confidence that the NDA will roar back to power, PM Modi also said that West Bengal will outrightly reject TMC. "All the surveys are giving BJP a full majority on its own. But Didi, after seeing your frustration and the support from the people of Bengal, I'm saying that Bengal will help us win more than 300 seats," he proclaimed.

The BJP vs TMC tussle has been intense with the two parties at loggerheads through the course of Lok Sabha election 2019. Shah's roadshow in Kolkata was meant to be a show of BJP's strength in Mamata's bastion but it was blemished by violence. Since, both parties have accused each other and even complained to the Election Commission of India.