In a major embarrassment to the Congress, Oppn leader Radhakrishna Vikhe-Patil's son Sujay joined BJP as he couldn't get a ticket to contest the poll from Ahmednagar. 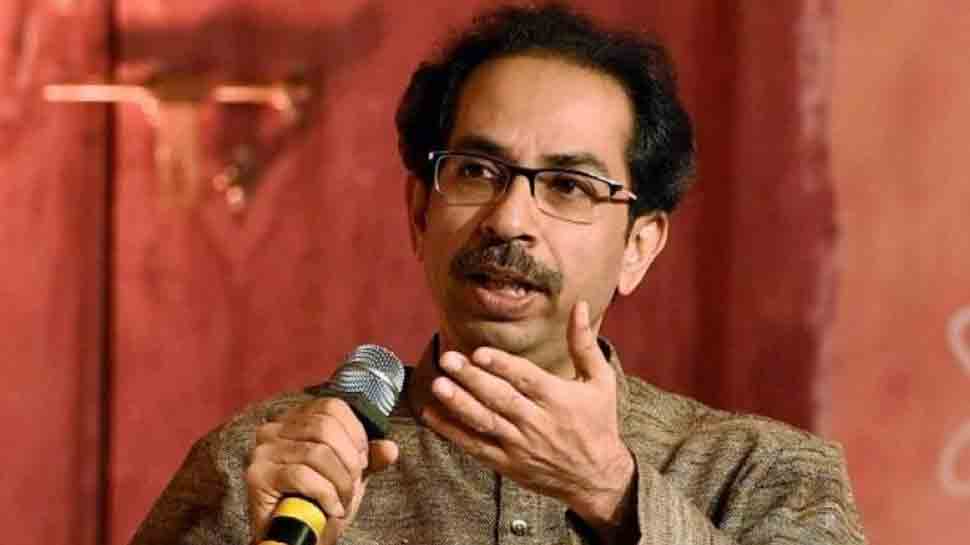 Mumbai: In a dig at NCP chief Sharad Pawar over the entry of Maharashtra Congress leader Radhakrishna Vikhe Patil's son Sujay into BJP fold, Shiv Sena chief Uddhav Thackeray Wednesday said he believes in fulfilling demands of sons of others, and do not use them for "cleaning utensils".

In a major embarrassment to the Congress, Opposition leader Radhakrishna Vikhe-Patil's son Sujay joined the BJP Tuesday, as he couldn't get a ticket to contest his maiden Lok Sabha poll from home turf of Ahmednagar.

Sujay called on Thackeray at his residence here on Wednesday to seek Sena's support for his candidature.

Ahmednagar falls in the kitty of the Congress' alliance partner, NCP, which was not ready to vacate the seat for Sujay.

On Tuesday, Pawar justified not leaving Ahmednagar seat for Sujay to contest.

"Sujay Vikhe Patil goes from one party to another and insisted on a specific seat to fight elections. Fulfilling his immature desires is not the responsibility of other parties. One should himself fulfil his son's desires, I will fulfill my child's. Why should I fulfil another's desires?" Pawar had said while taking a swipe at Radhakrishna Vikhe Patil.

Thackeray said Sena has almost finalised a list of the party candidates, which will be released in the next two days.

As per the seat-sharing deal between the BJP and the Sena, the Uddhav Thackeray-led party would contest 23 out of total 48 seats in Maharashtra.

Responding to a query, Thackeray made it clear that his son Aaditya won't contest Lok Sabha polls this time.

"Sena founder Bal Thackeray did not hold me back from fighting elections, and similarly, I will also not hold back my son Aaditya from contesting. He will contest when he wishes to. However, this time, he will not fight elections," Thackeray said.

When asked about the relations between Sena and BJP post-tie-up, Thackeray said both the parties have finalised an electoral alliance, and there won't be any "stone throwing" from either side.