Smriti Irani hits out at Rahul, Priyanka Gandhi, asks 'Why are they silent on Ayushman card incident in Amethi'?

The Union Textile Minister continued her attack on Rahul and Priyanka Gandhi on Monday over the Ayushman card incident in Amethi. 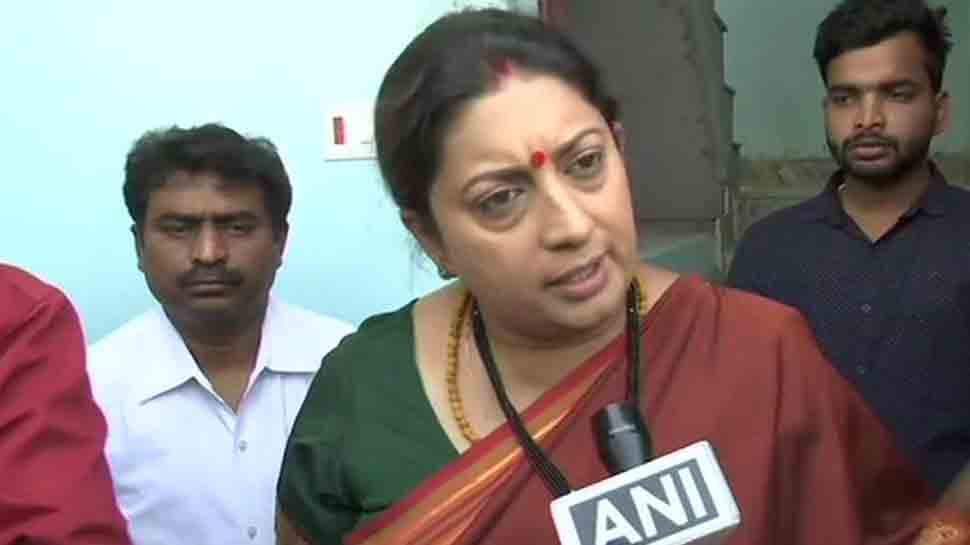 New Delhi: Union Minister and BJP candidate from Amethi Lok Sabha seat Smriti Irani continued her attack on Congress president Rahul Gandhi and party general secretary Priyanka Gandhi on Monday over the Ayushman card incident in Amethi and said that the 'family' do not care about people but only politics.

Lashing out at Priyanka Gandhi for campaigning for her brother Rahul, Smriti said, "It's shameful that Rahul Gandhi needs his sister to campaign for him. I don't have anyone from my family campaigning for me here." Continuing further, she said, "Priyanka Gandhi did not know my name 5 years back but now she keeps taking my name. It's such an accomplishment. Nowadays, she takes her husband's name less and my name more."

On Sunday, during an election rally, Prime Minister Narendra Modi alleged that a patient died in Amethi after the hospital, with trustees from the Gandhi family, denied him treatment for having an Ayushman Bharat card. PM Modi said at the rally that the hospital administration told the patient that it was not 'Modi's hospital' where Ayushman Card would be accepted.

Earlier, Smriti had released a video on Twitter in which a man is heard saying that his uncle died as he was denied treatment by the Sanjay Gandhi Hospital after being told that 'Modi's Ayushman Bharat card' was not accepted there.

However, the hospital management, which lists Sonia and Rahul Gandhi as trustees of the Sanjay Gandhi Memorial Trust which runs the hospital, denied the allegations as 'baseless' and said the man was given all possible treatment and was advised to go to Lucknow for further treatment as his ailments were found to be much more serious than what could be handled at the Amethi hospital.

Smriti is facing Rahul from Amethi Lok Sabha seat where polling for the fifth phase is underway. The seat has been represented by Rahul Gandhi since 2004 and is considered to be a Gandhi family bastion.