Snub to Naxals, Shamgiri in Bastar registers 77 per cent voting

Barring a few minor incidents, the overall polling in the Maoist-affected area was overall peaceful, the poll panel said. 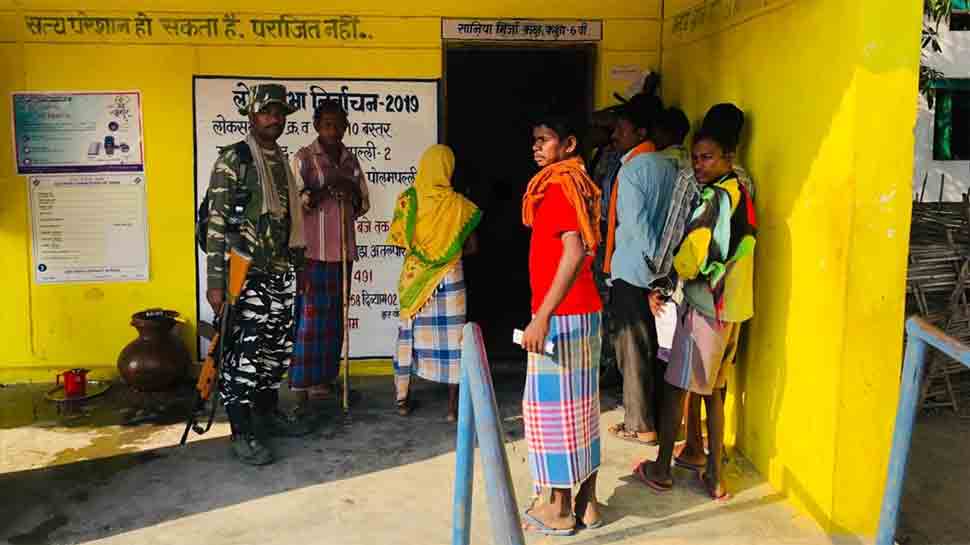 New Delhi: About 56 per cent turnout was recorded in Chhatisgarh's Bastar Lok Sabha constituency on Thursday with the Shamgiri polling booth, where the Maoist attack two days ago left a BJP MLA dead, reporting 77 per cent polling, the Election Commission said.

Barring a few minor incidents, the overall polling in the Maoist-affected area was overall peaceful, the poll panel said.

Maoists tried to hinder polling process through IED blast in Narayanpur district, which comes under Bastar constituency but no injury or casualty could take place due to special security measures with the deployment of 80,000 security personnel, it said.

There were total 13,79,133 voters in the constituency, who cast their votes to choose their parliamentary representative from among the seven candidates.

Cash, booze and drugs before Lok Sabha 2019 election: How much EC has seized