SP leader Azam Khan burst into tears at UP rally, says being treated like terrorist

Samajwadi Party leader Azam Khan allegedly got emotional and burst into tears while alleging that the administration is cracking down heavily on his acquaintances and supporters. 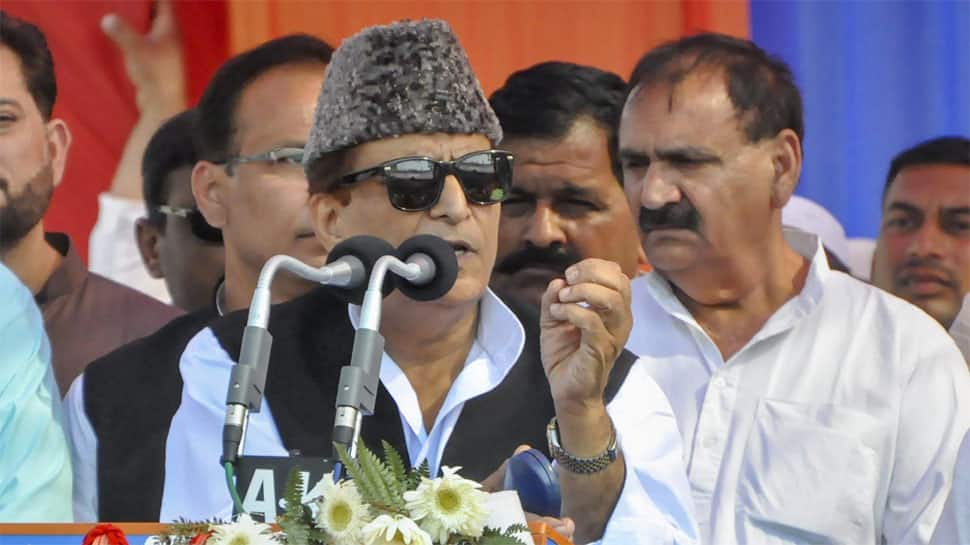 Rampur, Uttar Pradesh: Samajwadi Party leader Azam Khan apparently got emotional and burst into tears while alleging that the administration is cracking down heavily on his acquaintances and supporters.

"I am being treated as if I am an anti-national or a traitor. They are treating me as if I am the biggest terrorist in this world. Had it been within the limits of their power, the administration would have openly killed me by firing a shot at me," said Azam Khan while addressing a public rally at Rampur on Friday.

"The three-day ban by Election Commission just ahead of the elections implies what they want to do. During the ban I cannot go anywhere, I cannot meet anyone, nor participate in rallies and public addresses," he said.

Khan also alleged that "Rampur has been converted into a cantonment".

"What kind of democracy is this, in Rampur the administration has unleashed a reign of terror. The locks of the houses of those who love me and carry my flag were broken and women of their families were misbehaved with," said Khan.

On April 15, Khan, while addressing an election rally, had made derogatory remarks against actor-turned-politician Jaya Prada, his BJP opponent in Rampur.

"I brought her (Jaya Prada) to Rampur. You are a witness that I did not allow anyone to touch her body. It took you 17 years to identify her real face but I got to know in 17 days that she wears khaki underwear," Khan had said.

In the wake of his comment, Khan was banned by the EC from campaigning for the next three days, starting April 16. He was also served a notice by the National Commission for Women (NCW).Polling for Rampur Lok Sabha seat will be held in the third phase of polls on April 23. Counting of votes will take place on May 23.