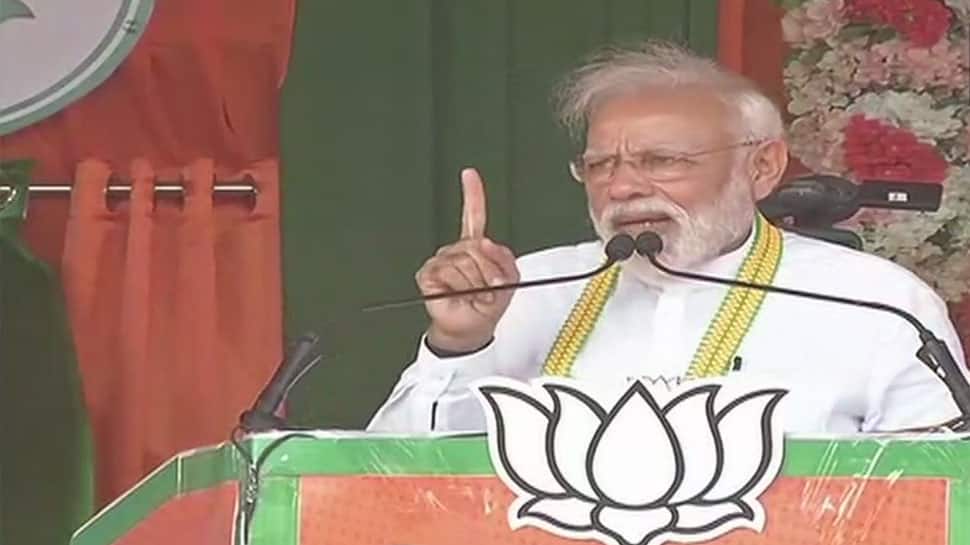 Prime Minister Narendra Modi on Saturday took a jibe at the Opposition saying that when the government of a country is strong then it doesn't sit quietly after a terror attack. He added that a strong government takes actions like surgical and air strike, adding that the world listens to it.

Addressing a rally at Hathuad in Balod district of Chhattisgarh ahead of the Lok Sabha election, PM Modi slammed the Congress for promising to review the Armed Forces (Special Powers) Act (AFSPA), asserting that it is the 'raksha kavach' (armour) of the security forces.

"Didn't you feel proud when the country punished perpetrators of terror. Do you want a government of chowkidar or a procession of corrupt (Bhrastachariyon ki baraat)," he asked the gathering.

Taking a strong jibe at Congress and party president Rahul Gandhi, PM Modi called the party a 'naamdar' (dynast), referring that Rahul has to run away from election field to look for safe seat. PM Modi directed his jibe towards Rahul as he will be contesting a second Lok Sabha seat from Wayanad in Kerala, in addition to his traditional stronghold of Amethi seat in Uttar Pradesh. The Congress scion has been winning the Amethi seat since 2004.

Drawing several differences between the intention of the BJP and Congress in contesting the Lok Sabha poll, PM Modi said that the Congress is fighting polls to give terrorists and separatists a free hand and the BJP to punish them.

"AFSPA is "raksha kavach" (armour) of security forces. Congress' 'naamdar' (dynast) has to run away from the election field to look for a safe seat. We are contesting to punish terrorists and separatists, Congress fighting polls to give them leeway," said PM Modi.

Speaking on Congress' election manifesto and its promise to amend AFSPA, he accused the party of making the security forces unarmed. He challenged the party to withdraw all its security cover.

PM Modi has also accused the Congress of "betraying" the farmers of Chhattisgarh with a "false" assurance of loan waiver.