Tej Pratap had resigned from RJD's student wing after he said that he was sidelined by his family. 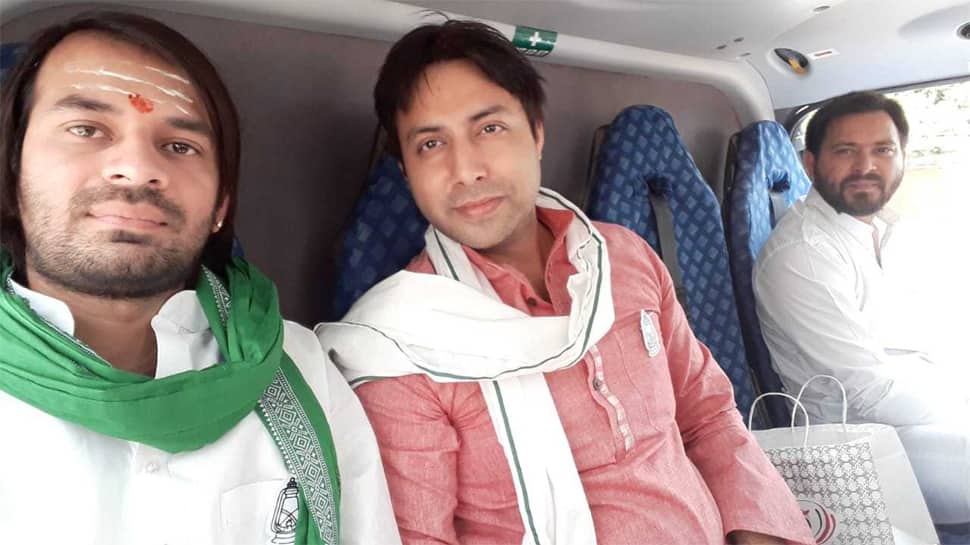 Rashtriya Janata Dal chief Lalu Prasad Yadav's sons Tej Pratap Yadav and Tejashwi on Sunday campaigned for the party together. The two leaders were seen sitting in a helicopter ahead of the campaigning in the state.

A former Bihar Minister, Tej Pratap called his younger brother Tejashwi 'Arjun' and said that the opposition will be defeated and the RJD will win on all the seats. As per reports, the two brothers had planned to campaign together earlier as well but could not due to logistic reasons.

There were differences reported within the Yadav family after Tej Pratap resigned from RJD's student wing after he said that he was being sidelined. He had also floated his own outfit named Lalu-Rabri Morcha and had said that he will tour 20 seats in Bihar for the election.

Reports had also suggested that RJD was contemplating disciplinary action against him for anti-party activities. He had fielded Angesh Kumar Singh as Lalu-Rabri Morcha candidate from the Sheohar Lok Sabha seat against RJD candidate Syed Faisal Ali.

Senior RJD leader Shivanand Tiwary had then said that Lalu had noticed this and disciplinary committee of the party would take up the issue.

As per a PTI report, an RJD leader close to Lalu's family said Tej Pratap was giving sleepless nights to the family as well as the party. "There is pressure from within the party to take action against Tej Pratap for his anti-party activities," he had said.