Jaya Prada may contest Lok Sabha 2019 election from Rampur although confirmation is awaited. She had won from here in 2004 and 2009 when she was with the Samajwadi Party. 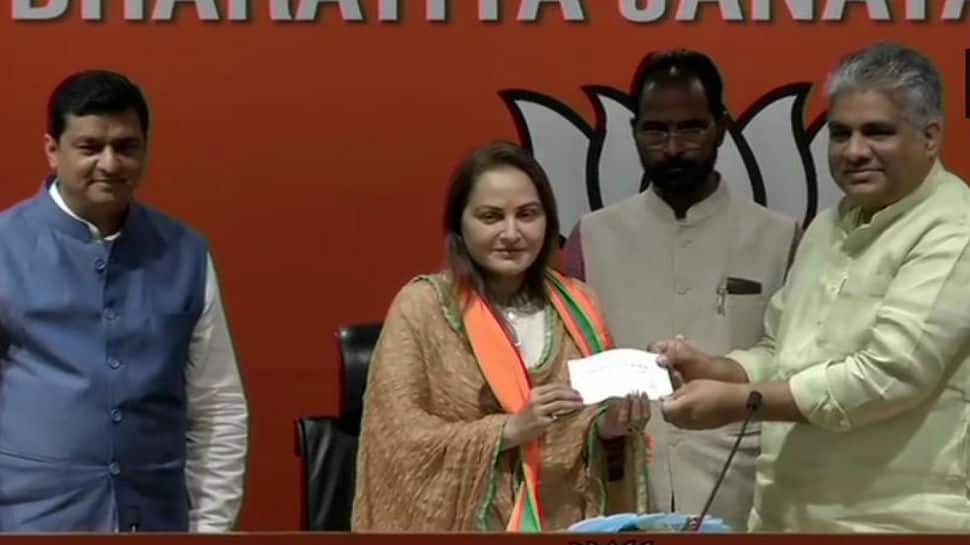 Actress-turned-politician Jaya Prada on Tuesday joined the Bharatiya Janata Party. As a member of the Samajwadi Party previously, she had won the Rampur Lok Sabha seat in 2004 and 2009 before being expelled from the party.

Although Jaya Prada and BJP did not confirm if she would contest for the party from Rampur constituency. She, however, thanked the BJP for a warm welcome. "Whether it is cinema or politics, I have always given my best effort. I am grateful to the party for a warm welcome," she said. "I have worked in TDP and then for Samajwadi Party. Now, I have a chance to work with a heroic leader in Narendra Modi. I submit myself to this party and to the country."

There have been intense speculation in the run-up to Jaya Prada joining BJP that she would once again contest the Lok Sabha election from Rampur constituency. If given a ticket, she could possibly face off against Samajwadi Party's Azam Khan who had previously made a number of derogatory remarks against her.

Rampur will vote in the third phase - on April 23.