Watch: 2 groups of BJP workers clash at a rally in Ajmer

The incident appears to have taken place on stage and the party workers also tried to slap each other. 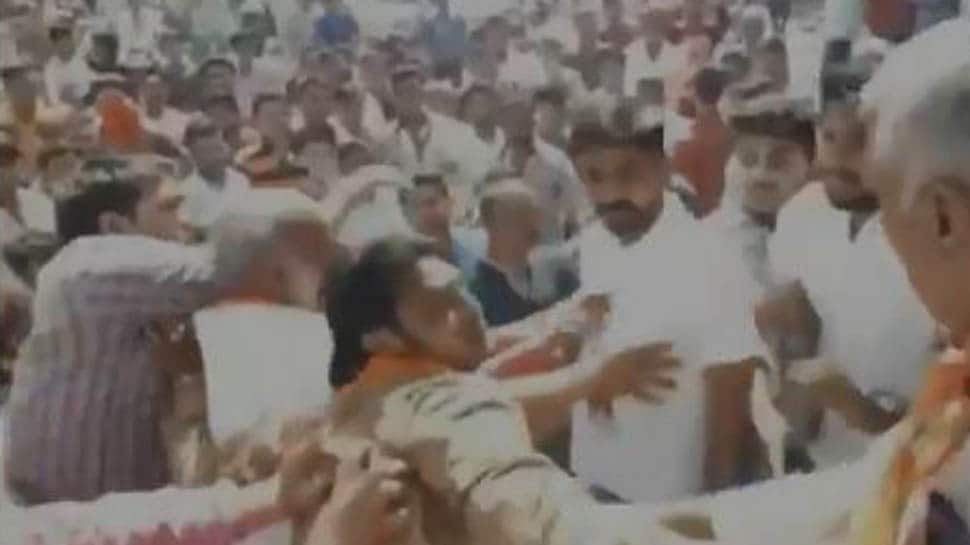 Ajmer: Two groups of Bharatiya Janata Party (BJP) workers clashed during a public rally in Ajmer's Masuda on Thursday. A video shared by news agency ANI shows there was total chaos at the rally as the two groups fought.

The incident appears to have taken place on stage and the party workers also tried to slap each other.

Clashes broke out between workers of Telugu Desam Party (TDP) and YSR Congress Party (YSRCP) across various places in the state. A TDP worker and the other of the YSR Congress died after during a clash in Anantapur. Meanwhile, at a polling station in Srinivasapuram village in Guntur district, another clash broke out between the TDP and YSRCP workers.

#WATCH Andhra Pradesh: A clash broke out between workers of TDP and YSRCP at a polling station in Srinivasapuram Village of Gurajala assembly constituency in Guntur district. #IndiaElections2019 #AndhraPradeshElections2019 pic.twitter.com/lF0edCFuFf

Former Speaker and TDP leader Kodela Siva Prasad Rao was attacked by YSRCP supporters at in Guntur district, where he went to see the polling.

91 seats out of the 545 seats in Lok Sabha, went to polls on April 11 in 18 states. The voting will happen in seven phases and the counting of votes will take place on May 23.