Watch: Rahul Gandhi shares video of brief meeting with Priyanka Gandhi Vadra, explains what it means to be a good brother

Rahul Gandhi shared the video on Facebook and said, "Let me tell you what it means to be a good brother." 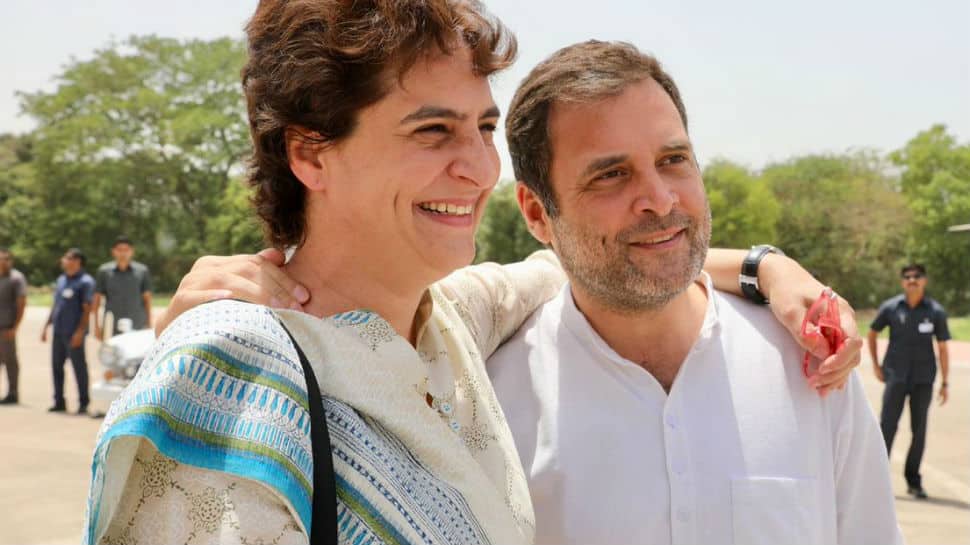 Kanpur: Congress president Rahul Gandhi and his sister Priyanka Gandhi Vadra, currently busy with the intense election campaigns for the Lok Sabha polls, met each other briefly at the Kanpur airport on Saturday and shared a few light-hearted moments of sibling banter.

In a video posted by Rahul on Facebook, the duo greet each other with big smiles on their faces and later, he explains what does it mean to be a good brother?

"Let me tell you what it means to be a good brother. I am doing these massive long flights and I am going in a little helicopter like that (pointing towards a chopper), squeezed up, and my sister is doing short flights and is going in a big helicopter... But I love her," Rahul Gandhi says with Priyanka standing beside him.

Priyanka Gandhi later responds and says, "That's not true. I have also gone on long flights."

Priyanka forayed into active politics in January this year. She is Congress-in-charge for UP East.