Singh said these parties had only one agenda in common and that was opposing the BJP at the Centre. 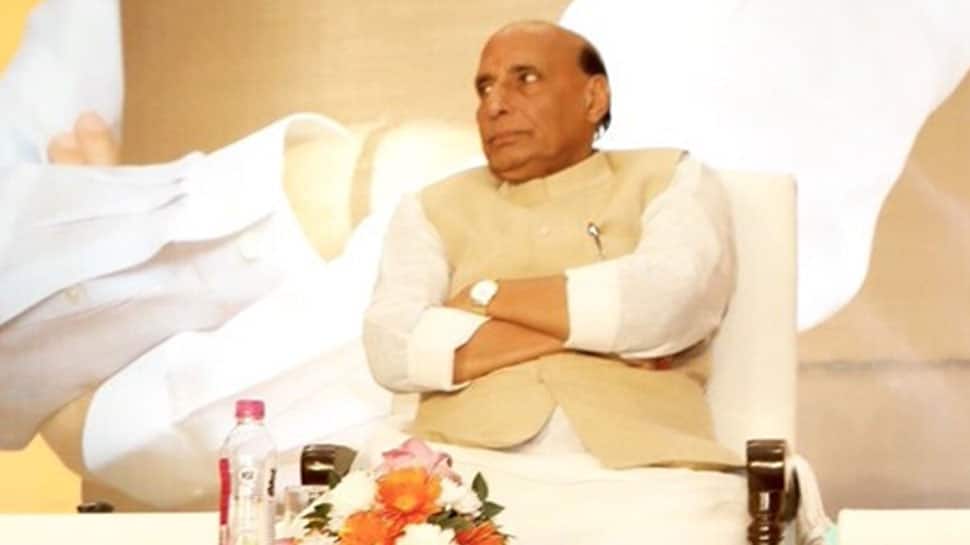 Union Home Minister Rajnath Singh on Sunday attacked the TMC government over the law and order situation in West Bengal and claimed that Chief Minister Mamata Banerjee was now giving less time to the state as her eyes are fixed on forming a 'Mahagathbandhan'.

On the upcoming Global Business Summit in West Bengal, he said in order to invite investors to the state, the Trinamool Congress government needs to improve the law and order situation. He claimed there were increasing attacks on police stations, besides activists and opposition parties.

Singh alleged BJP candidates were prevented from filing nomination papers in the last Panchayat polls in the state and alleged that 'loktantra' (democracy) was getting replaced by 'lathitantra' (highhandedness of the state machinery).

Describing the 'Mahagathbandhan', a proposed alliance of non-BJP opposition parties, as directionless, Singh said these parties had only one agenda in common and that was opposing the BJP at the Centre.

Addressing a "Ganatantra Bachao Rally" here in Hooghly district, Singh said, "Mamataji is giving less time to her state as her priorities are elsewhere, on the Mahagathbandhan."

He also mocked Banerjee for trying to forge the alliance, wondering "who will run the vehicle and who will put the brake".

BJP to go it alone in Telangana, to contest in all 17 Lok Sabha seats: Bandaru Dattatreya