Will it be a contest between Narendra Modi and Priyanka Gandhi in Varanasi? 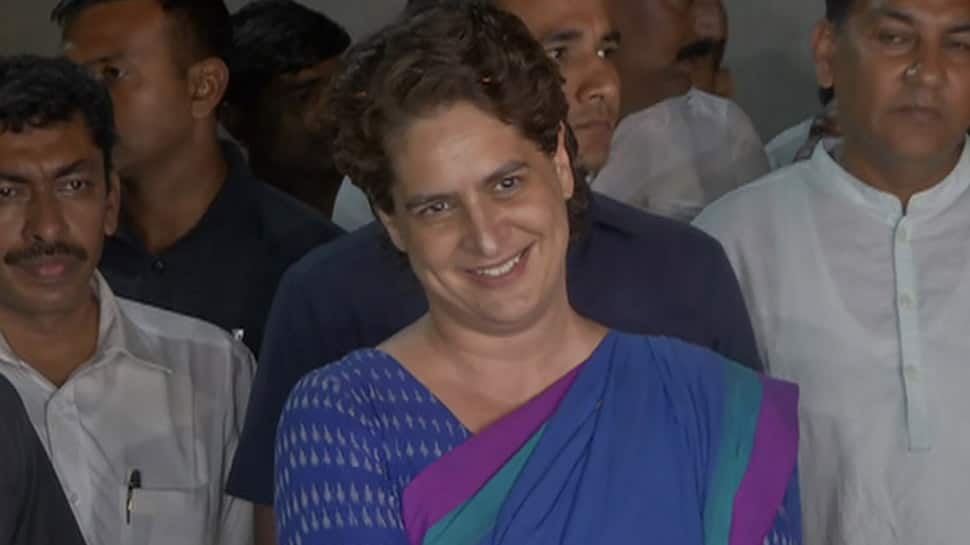 New Delhi: Will it be a contest between Narendra Modi and Priyanka Gandhi in Varanasi?

There is no denying the fact that it would be the most high-profile contest if it happens, but for now it seems to be only a causal remark made by Congress leader Priyanka Gandhi in Raebareli.

The speculations started on Thursday after some booth workers in Rae Bareli urged Priyanka to fight upcoming Lok Sabha poll from Raebareli constituency, which is currently held by her mother Sonia Gandhi. Priyanka shot back smilingly at the booth workers and asked, “Why not Varanasi?”

Booth workers requested @priyankagandhi in Rai Bareilly to contest from home turf. She shot back smilingly and asked, How about Varanasi?

In 2014, Prime Minister won from Varanasi and he will be contesting again from the same seat this year. The Congress and the SP-BSP alliance are yet to announce the name of their candidates from Varanasi.

Besides Varanasi, PM Modi also contested from Vadodara in the last elections, but BJP sources said that he will not be contesting from a second seat this time. After winning both Varanasi and Vadodara, the PM retained Varanasi and vacated Vadodara.

In Varanasi, Modi defeated his rivals Arvind Kejriwal and Congress's Ajay Rai by a huge margin. The BJP is hopeful that by pitching PM Modi as a candidate from the Uttar Pradesh the party will succeed in winning maximum seats in the state. It may be recalled that the BJP won 71 of 80 seats in Uttar Pradesh in 2014.

Earlier, it was reported that the prime minister may also contest from Puri in Odisha but the BJP has given ticket to its spokesperson Sambit Patra from this seat.

Uttar Pradesh is without doubt the most important state of the Hindi heartland. The alliance between Samajwadi Party and Bahujan Samaj Party and the entry of Priyanka Gandhi Vadra as Congress general secretary from Uttar Pradesh East has only made the contest more exciting and one to watch out for.

The Congress has already defeated the BJP in Chhattisgarh, Rajasthan and Madhya Pradesh - the other major states of Hindi heartland - in the last assembly elections.