With 'EVM', lotus can bloom even in London and America: Shiv Sena

Shiv Sena has yet again attacked the Centre over a wide range of issues. 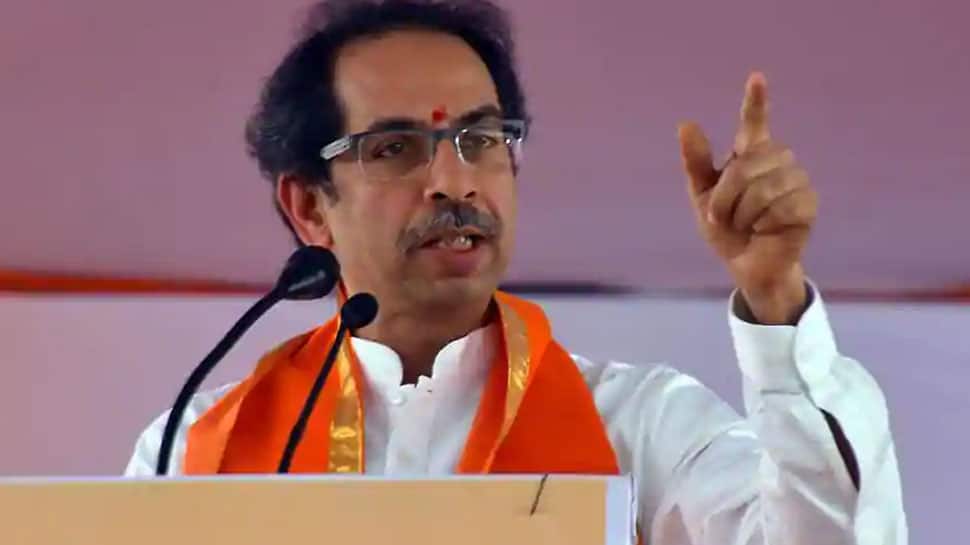 MUMBAI: BJP's estranged NDA ally Shiv Sena has once again attacked the saffron party over its doublespeak on its alliance with the Maharashtra-based party and its over-confidence that it can win maximum seats in the state in the upcoming Lok Sabha election 2019.

The Uddha Thackeray-led party also attacked the Centre and the state government in Maharashtra over a wide range of issues including the farmers' distress, the ongoing Rafale row, faulty EVMs and irresponsible statements being made by the saffron leaders these days.

The Maharashtra-based party also took a swipe at an 'over-confident' BJP for its repeated claims of winning at least 43 out of 48 seats in the state.

In a strongly worded article in its mouthpiece Saamana, the party said, ''With EVM and this kind of shallow confidence, lotus can blossom even in London and America.''

The party also asked why the ruling party failed to deliver on its promise to build a Ram temple in Ayodhya.

''Why did not the lotus blossom in Ayodhya,'' the Sena article asked.

Uddhav Thackeray-led party also attacked Maharashtra Chief Minister Devendra Fadnavis for recently claiming that the BJP was not ''helpless'' but seriously wanted to save its alliance with the Shiv Sena.

''At a rally, Fadnavis said that his party will win one seat more - 43- in the upcoming Lok Sabha elections in Maharashtra. Fadnavis should be praised for his self-confidence and for saying last week in presence of BJP chief Amit Shah that his party will win 43 seats this time. The party had won 42 seats in Maharashtra in the last elections. Fadnavis even boasted of defeating NCP chief Sharad Pawar in his party bastion Baramati. With this kind of confidence, the party can easily win no less than 548 seats on its own,'' the Saamana article said taking a dig at the ruling party.

The Sena article also gave a piece of advice to the saffron leaders, asking them to conduct themselves responsibly and refrain from making acerbic statements to whip up communal sentiments.

Shiv Sena said that instead of finding a solution to the problems facing the common man, BJP leaders are filled with arrogance and talk about settling scores with their political rivals.

On the issue of his party's shaky alliance with BJP, Shiv Sena blamed the ruling party for it and accused it of not taking its NDA allies seriously.

Seeking answers from the Maharashtra government, Sena article accused it of failing to address the farmers' distress, extremely low returns to onion farmers, the GST being levied on milk and the death of over 4,000 children in the state-run orphanages.

Over 24,000 posts of teachers are currently vacant in Maharashtra, the farmers are staging protests everywhere, but the ruling party in the state is only concerned about winning the upcoming Lok Sabha elections.

''They (BJP) should know that power comes and vanishes with time. But these people are so power-drunk that they have no answers for most of the burning issues of the country. It seems, the arrogance has seeped deep in these people and this ''political diarrhoea'' is responsible for the decline of politics in the country,'' the Sena article said.

The Shiv Sena further alleged that the definitions of nationalism and patriotism stood "changed" under the current BJP-led regime.

"Those who sing paeans of Rafale deal are patriots, while those raising questions about its pricing are being labelled as traitors now," it claimed.

It is to be noted that Uddhav Thackeray's party had on Sunday attacked Prime Minister Narendra Modi and sought to know from him whether the Rafale deal was meant to strengthen the Air Force or a financially-troubled industrialist.

Shiv Sena's remarks came in the backdrop of a report which claimed that the Defence Ministry had raised strong objections to "parallel discussions" conducted by the PMO during the negotiations over the Rs. 59,000 crore Rafale deal between India and France in 2015.

The Shiv Sena, in an editorial in 'Saamana', said PM Modi gave a speech on "patriotism" in Parliament and defended the deal. "But the very next day, the 'black page' (document) came out, which silenced those raising patriotic slogans and thumping benches in the House," it said.

Without naming anyone, the Shiv Sena said that PM Modi was expected to answer if the deal was finalised to strengthen the Air Force or a financially-troubled industrialist.

Referring to Congress president Rahul Gandhi's constant criticism of the government on the Rafale issue, the Uddhav Thackeray-led party also asked why the opposition should be blamed for it.

"The opponents may perish (politically), but the truth will stay alive," it said.

"The prime minister made the oft-repeated allegation (in Parliament) that the Congress does not want the strengthening of the defence services. And the next day, documents surface, showing how extreme Modi's personal interest in the deal was. What to make out of it?" the Shiv Sena asked.