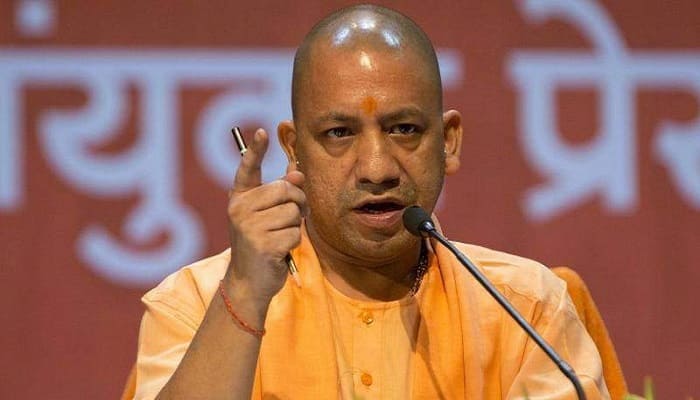 Amroha/Aligarh: In an apparent dig at BSP supremo Mayawati, Uttar Pradesh Chief Minister Yogi Adityanath on Sunday said those who did not have faith in Lord Ram and Lord Krishna were now taking refuge in 'Bajrang Bali'.

"Those who did not have faith in Shri Ram and Shri Krishna have now come to the refuge of Bajrang Bali," Adityanath said.

He also paid homage to Babasaheb Bhimrao Ambedkar on his birth anniversary.

Hitting out at the Congress, the priest-turned-politician said the party had done politics on the basis of religion and caste in the country.

"The BJP government led by Narendra Modi, on the other hand, has always worked on the policy of development of all. It gave a befitting reply to terrorism, Naxalism and separatism," Adityanath said.

"Whether it was China's conspiracy in Doklam or terrorism funded by Pakistan, the Modi government has given a befitting reply to these countries. But the Congress does not like attacks on China and Pakistan, their manifesto has been prepared for anti-nationals," he alleged.

The chief minister also hit out at the SP-BSP-RLD opposition alliance.

Adityanath also urged people to question RLD chief Ajit Singh on whose side his party took when the 2013 Muzaffarnagar riots broke out in the state.