Cases also include a murder charge. 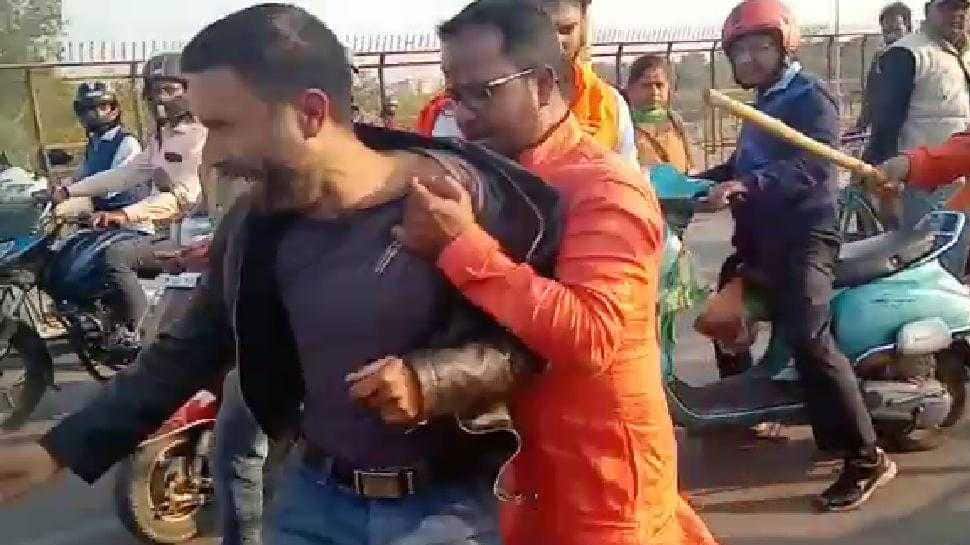 LUCKNOW: Bajrang Sonkar, the man arrested for thrashing Kashmiri vendor in Lucknow, has 12 registered cases against him, including a murder charge.

Sonkar, believed to be affiliated to right-wing outfit Vishwa Hindu Dal, was seen thrashing the Kashmiri street vendor in a video, who was later saved by locals.

“A man was seen in a viral video thrashing a Kashmiri street vendor in Lucknow, the vendor was later saved by locals. The culprit Bajrang Sonkar has been arrested by Police. Sonkar has criminal background and has 12 cases including a murder case against him,” said Kalanidhi Naithani, the Senior Superintendent of Police (SSP).

One of them had shared a video of the assault on the two Kashmiris.

The men who assaulted the traders can be heard in mobile videos saying that are doing it because they are from Kashmir.

In the viral video, two men wearing saffron kurtas can be seen thrashing the two vendors who were sitting on the road with their dry fruits spread out on a sheet.

Later, a case of rioting and breach of peace was registered at the Hazratganj Police Station.

Numerous reports of Kashmiri people, including students, being targeted and harassed in various parts of the country emerged after the February 14 terror Pulwama attack which claimed the lives of over 40 Central Reserve Police Force (CRPF) soldiers.

The alleged harassment had promoted the central government to issue an advisory to the states to ensure their safety.

Adityanath gets emotional when asked about Pulwama tragedy: Watch