BJP does not protect the interests of Hindus: Kejriwal over Apple sales manager Vivek Tiwari's killing by cop

Arvind Kejriwal has alleged that the BJP does not protect the rights of the Hindus, citing the incident of a policeman killing Vivek Tiwari, a sales manager with Apple, in Lucknow. 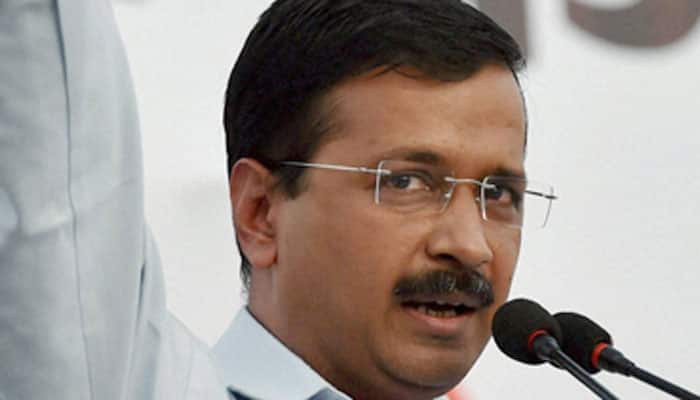 Delhi Chief Minister and Aam Aadmi Party (AAP) supremo Arvind Kejriwal has alleged that the Bharatiya Janata Party (BJP) does not protect the rights of the Hindus, citing the incident of a policeman killing Vivek Tiwari, a sales manager with Apple, in Lucknow in Uttar Pradesh.

Responding to a tweet which asked if there would be a proper investigation into the incident involving Uttar Pradesh police, the AAP leader posted on the microblogging site, “No. Even though Vivek Tiwari was a Hindu. BJP does not protect the interests of Hindus.”

Accusing the BJP-led UP government of conducting fake encounters, "Yogi Adityanath should resign as CM since it is his responsibility for this incident. Uttar Pradesh cannot be saved from fake encounters until inquiry of such incidents is conducted by a sitting judge," the Yadav scion told mediapersons in Shahdol in Madhya Pradesh on Saturday.

Vivek Tiwari, 38, a sales manager at Apple, was shot dead in the wee hours of Saturday by a policeman when he allegedly refused to stop his car for checking in Lucknow's posh Gomti Nagar locality.

While Union Home Minister talked to Adityanath over the incident, the Chief Minister dismissed it to be a case of encounter, calling it a criminal act. He said that the government would initiate a probe by the Central Bureau of Investigation (CBI) if needed.

Taking to Twitter on Saturday, the Union Home Minister had said, "Spoke to Uttar Pradesh Chief Minister Yogi Adityanath on the Lucknow's incident of Vivek Tiwari. I have asked the Chief Minister to take effective and appropriate action."

According to a colleague of Apple sales manager, the accused constable, Prashant Chowdhary, had shot at Vivek Tiwari after chasing the SUV which he was driving. He had apparently failed to stop Tiwari during a late-night checking.

The incident happened at around 1.30 AM when Tiwari was heading home after the launch of iPhone XS and XS Max, along with Sana Khan, his colleague.

Khan said that after they were fired at, Tiwari got scared and drove the SUV into an underpass pillar, sustaining more injuries.

A special investigation team of the UP police is looking into the incident.

It was not an encounter: Yogi Adityanath on killing of Apple sales manager by police in Lucknow