As many as eight bodies have been recovered from the well collapse in Madhya Pradesh's Ganjbasoda area of Vidisha. 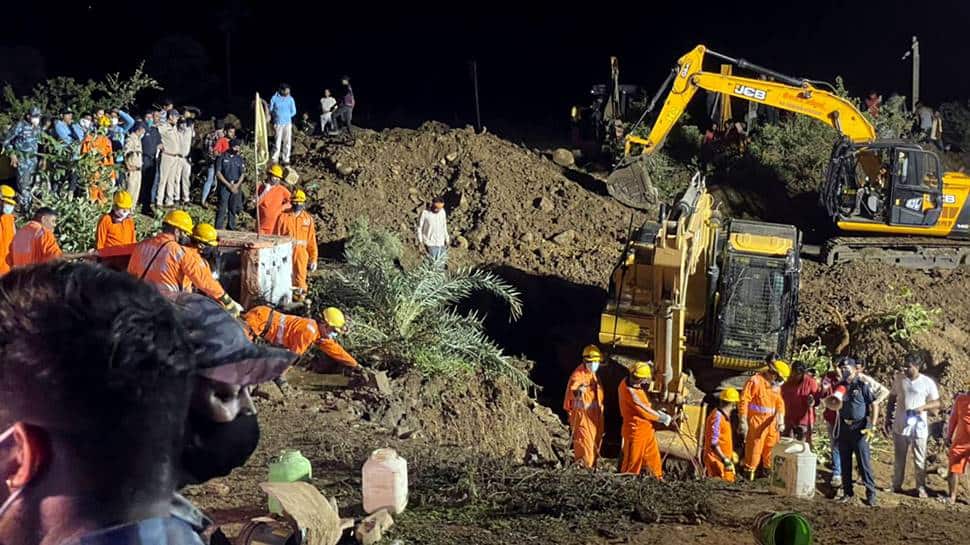 New Delhi: In the latest development, as many as eight bodies have been recovered from the well collapse in Madhya Pradesh's Ganjbasoda area of Vidisha on Friday. The incident took place when a rescue operation was going on to pull a child out of the well and the surrounding area collapsed.

"Eight bodies have been recovered from the well in which they fell during a rescue operation to pull out a child in Ganjbasoda area of Vidisha, Madhya Pradesh yesterday," State Minister Vishwas Sarang told ANI.

The incident took place on Thursday night when the parapet wall of the well in Lal Patar village in Ganj Basoda area gave way, and the people who were standing on it fell inside.

Earlier, as many as 19 people have been pulled out to safety and rescue operations are still underway.

According to local people, the well is around 50 feet deep and had about 20 feet of water. A teenage boy fell into the well on Thursday night.

While some people climbed down to rescue him, others were standing on the parapet wall to help them. They were thrown into the water when the surrounding wall crashed, eye witnesses said.