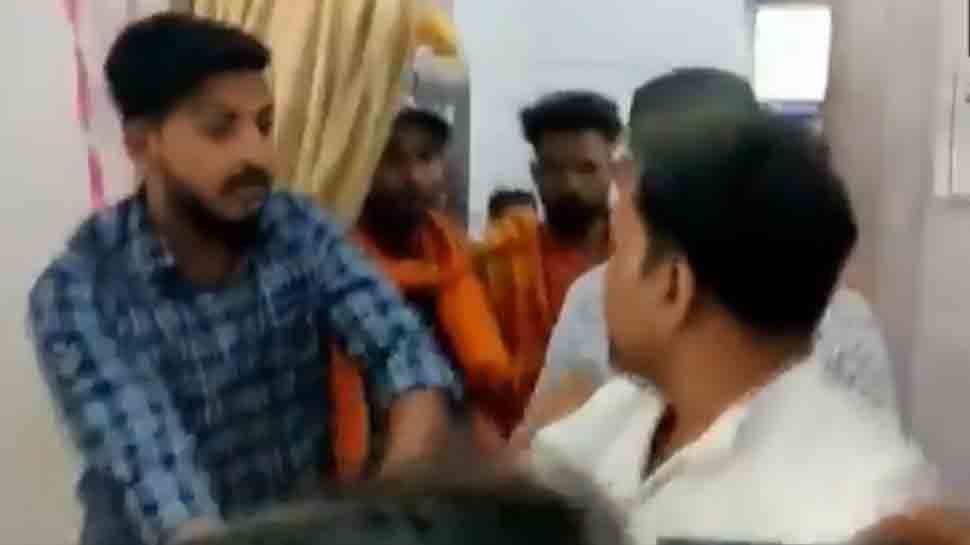 Thakur, a Malegaon accused, who is contesting the Lok Sabha election as a BJP candidate from Bhopal Lok Sabha constituency, filed her nomination papers today. Later, she held a roadshow when the incident took place.

Thakur is among the seven accused facing trial in the Malegaon blast case, wherein six people were killed and over 100 were injured when a bomb placed on a motorcycle exploded in Malegaon, a communally sensitive textile town in north Maharashtra, on September 29, 2008.

The Maharashtra Anti-Terrorism Squad arrested Thakur and others in the case, alleging they were part of a Hindu extremist group which carried out the blast.

However, later, the NIA gave a clean chit to Thakur in the case, but the court refused to discharge her.

It dropped charges against her under the stringent Maharashtra Control of Organised Crime Act, but she is still facing trial under the Unlawful Activities (Prevention) Act and Indian Penal Code sections.