A short-circuit in the building's electrical wiring is believed to have caused the fire. 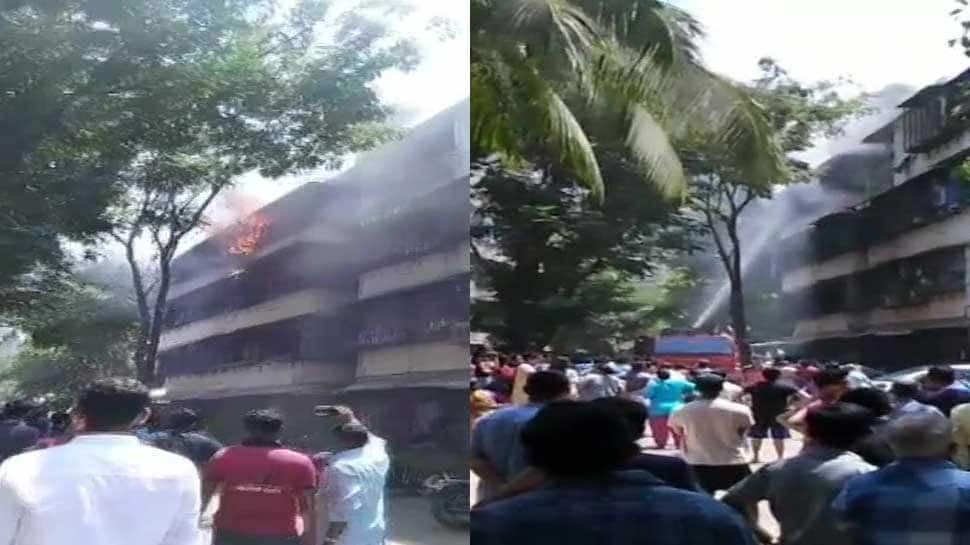 MUMBAI: A 15 -year-old girl was reportedly killed in a fire that broke out in a building at Dadar Police Station Compound in Mumbai's Dadar West locality on Sunday.

According to the Dadar police, the fire erupted around 1.45 PM in one of the quarters on the third floor of a building located in the police station compound here.

According to the initial investigation, a short-circuit in the building's electrical wiring is believed to have caused the fire.

The building's electrical wirings, installations and several home items were gutted in the massive fire.

The 15-year-old girl, who was killed in the fire, was alone in her house which was locked from outside.

The girl's family members had gone out to attend a family wedding leaving her locked inside.

The girl reportedly died due to suffocation, the officials said.

The victim, Shravani Chavan, was sleeping inside a room in the apartment and was unable to come out to safety when the fire engulfed the premises, a Brihanmumbai Municipal Corporation Control Room official told PTI.

The girl was seriously injured and was rushed to the BMC-run Sion Hospital where doctors declared her dead before admission, he added.

At least four fire engines and an ambulance were rushed to the spot to douse the fire which has now been contained.

One person also sustained minor injuries due to the fire and he was rushed to a nearby hospital, the officials said.