16-15-12 formula for Maharashtra cabinet; no decision yet on deputy CM's post: Sources

According to sources, the Shiv Sena, NCP and Congress have agreed to 16-15-12 formula for allotment of berths in the soon-to-be inducted Maharashtra cabinet. 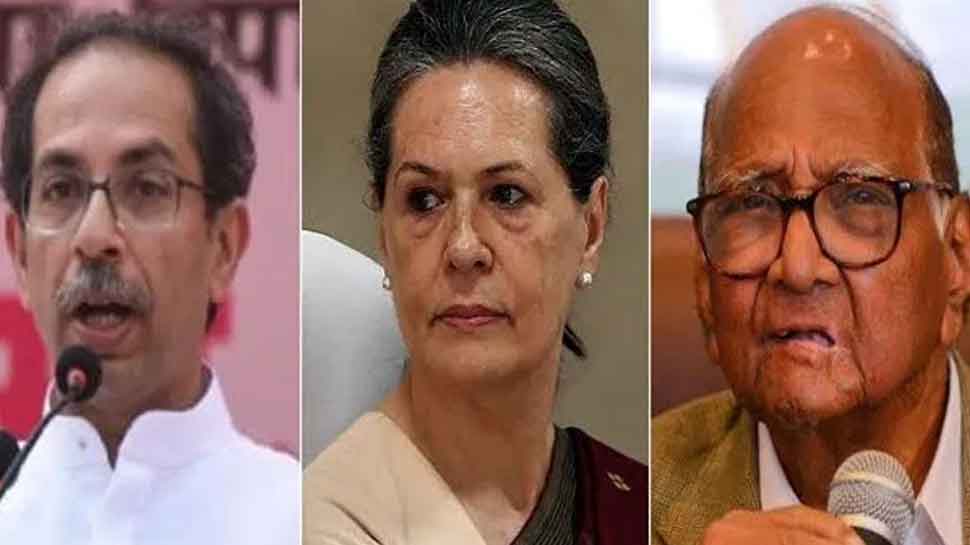 MUMBAI: Even as Shiv Sena chief Uddhav Thackeray is all set to take oath as the next chief minister of Maharashtra on Thursday, the three alliance partners of the ''Maharashtra Vikas Aghadi'' are yet to reach an agreement on the sharing of portfolios among themselves.

According to sources, the Shiv Sena, NCP and Congress have agreed to 16-15-12 formula for allotment of berths respectively in the soon-to-be inducted Maharashtra cabinet.

While the Sena president has been the unanimous choice for the chief minister's job, there is no agreement yet on the posts of deputy chief minister and the state assembly Speaker.

If sources close to the three parties are to be believed, Congress is keen on keeping the two important positions with itself.

For running the coalition government in Maharashtra, the three parties have also agreed to follow the UPA model of having a committee for better coordination and synergy among the alliance partners.

This committee, which is most likely to be headed by NCP chief Sharad Pawar, will guide the government and advise the CM on important matters of governance.

Sources had earlier claimed that the Nationalist Congress Party (NCP) will get the post of Deputy Chief Minister, while the Speaker`s position will go to the Congress in the Maha Vikas Aghadi government in Maharashtra.

The ‘Maharashtra Vikas Aghadi’, which comprises three parties along with some small parties and Independents, had staked claim to form government in Maharashtra after the Devendra Fadnavis-led government collapsed on Tuesday. Fadnavis submitted his resignation as Chief Minister to Governor Bhagat Singh Koshiyari after "the BJP fell short of the required number of MLAs to win the scheduled floor test."

Later on Tuesday, Thackeray was unanimously elected as the leader of the three-party alliance.

Fadnavis and NCP leader Ajit Pawar were, in a surprising turn of events, administered oath as the Chief Minister and Deputy Chief Minister of the state, respectively, on Saturday morning, nixing Shiv Sena, Congress and NCP`s bid to form government in the state.

Shiv Sena chief Uddhav Thackeray will be sworn in as chief minister at a grand ceremony at Mumbai's Shivaji Park at 6.30 pm on Thursday.

It may be recalled that UPA chief Sonia Gandhi, Delhi CM Arvind Kejriwal, MK Stalin are among those who have been invited for the swearing-in ceremony which will be held on Thursday.

Shiv Sena's Eknath Shinde had confirmed that Sonia Gandhi has been invited for the oath ceremony on Thursday. Congress' Vijay Wadewattiwar further said that all Congress chief ministers, MK Stalin, Mamata Banerjee and Arvind Kejriwal have also been also invited.