Barely days after ditching his uncle and NCP president Sharad Pawar to join hands with Bharatiya Janata Party to form the government in Maharashtra, Ajit Pawar has been given a clean chit by the Anti-Corruption Bureau (ACB) in alleged corruption cases related to Rs 70,000 crore worth irrigation scam. 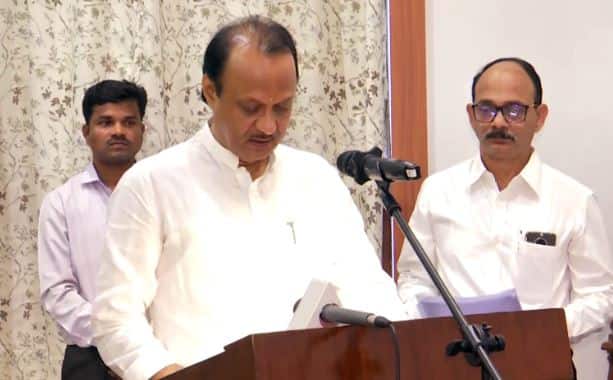 New Delhi: Barely days after ditching his uncle and NCP president Sharad Pawar to join hands with Bharatiya Janata Party to form the government in Maharashtra, Ajit Pawar has been given a clean chit by the Anti-Corruption Bureau (ACB) in alleged corruption cases related to Rs 70,000 crore worth irrigation scam.

Although an official confirmation on the same remains awaited, sources said that the ACB department has closed its investigations into at least nine cases in irrigation scam which Ajit was allegedly involved. These nine cases pertain to big and small irrigation projects in Washim, Yavatmal, Amravati and Buldhana of the Vidarbha region, according to the ACB. The cases, among others, collectively known as the Rs 70,000 crore 'irrigation scam' were allegedly perpetrated around 10 years ago and had created a massive political furore in the past, with the BJP, Shiv Sena, Aam Aadmi Party (AAP) and others have been raising it regularly.

As per the document, dated November 25, 2019, sent by ACB's Bipin Kumar to Amaravati Superintendent of Police, none of the cases that were closed today belonged to Ajit Pawar. The letter further read, "in future, the inquiry can be opened on the orders of court or government."

The 'dramatic' development comes just 48 hours after Ajit Pawar took oath as the Deputy Chief Minister of Maharashtra on Saturday.

Reacting on the development, Shiv Sena spokesperson Priyanka Chaturvedi tweeted the copy of the letter, and wrote, "Cases closed, corruption charges dropped, shamelessness to be in power exposed #MahaDeceit."

Earlier on Sunday evening, Ajit had met Devendra Fadnavis at his official CM's residence in Mumbai and held a closed-doors discussion. However, later, the Chief Minister's Office wrote on Twitter that the CM and the Deputy CM of Maharashtra held discussions to discuss various measures for additional support and assistance for farmers affected by unseasonal rain in the state.

On Saturday, Governor Bhagat Singh Koshyari had revoked President's rule in Maharashtra and sworn-in Fadnavis as the Chief Minister and Ajit Pawar as the Deputy Chief Minister of the state. The events took place exactly a day after the Shiv Sena-NCP-Congress combine had reached a consensus together and had announced that government in Maharashtra will be formed under the leadership of Uddhav Thackeray.