Raut said, ''Anit Shah is lying on Shiv Sena's demand for a rotational chief minister for 2.5 years. He also kept PM Narendra Modi in the dark over the issue.'' 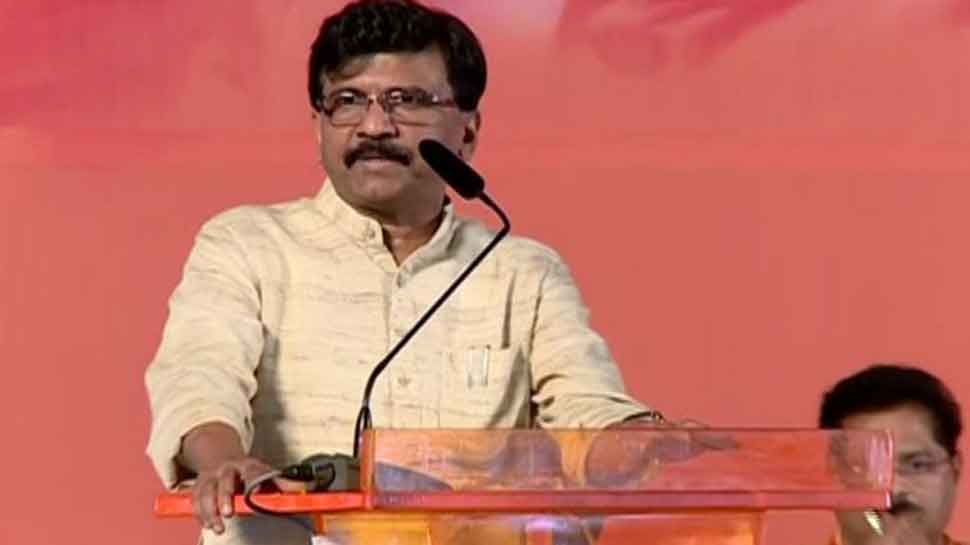 MUMBAI: Senior Shiv Sena leader Sanjay Raut on Thursday hit out at Union Home Minister Amit and BJP president Amit Shah, alleging that he was lying on the Maharashtra power-sharing deal, which was agreed between the two parties before the state assembly election.

Training his guns at the Home Minister, Raut said, ''Amit Shah is lying on Shiv Sena's demand for a rotational chief minister for 2.5 years in Maharashtra. He also kept PM Narendra Modi in the dark over the issue.''

Attacking Shah further, Raut claimed that PM Modi, in all his public rallies in Maharashtra, said that Devendra Fadnavis will become the chief minister again. We never denied that and respected what he said since he is the tallest political leader today. Similarly, in all public rallies, Shiv Sena chief also told voters that the next chief minister will be from his party. How can Amit Shah now claim that there was no deal on power-sharing and rotational chief ministership in Maharashtra? Everything between the two sides was normal till the assembly election, then how things worsened all of a sudden.''

Raut went on to say that the power-sharing discussion between Uddhav and Shah took place in Shiv Sena founder Bala Saheb's room, which we treat like a temple. It is the same room where Bala Saheb blessed PM Modi for taking forward the Hindutva ideology.''

He also heaped praise on PM Modi and said that a ''large-hearted'' leader like him would have accepted the Shiv Sena's demand had he been told about the same.

The counter-attack from Raut came a day after Shah slammed the opposition parties, for raising a ruckus over the imposition of President`s Rule in Maharashtra and said no such deal took place between Shiv Sena and BJP.

Shah on Wednesday said that it was `a meaningless exercise to gain public sympathy` because anyone can still approach the Governor if they have a majority to form the government.

The Home Minister told ANI, "We were ready to form the government with the Shiv Sena. But there were certain things of Shiv Sena we could not have agreed."

In his first interview since Maharashtra`s results were out on October 24, Shah said that during the campaign for Maharashtra assembly polls, the BJP leaders including Prime Minister Narendra Modi said that Devendra Fadnavis will continue to be the Chief Minister if BJP-Shiv Sena alliance is elected back to power.

"Nobody contradicted it. Now some mew conditions have come up. We have reservations on this and the party will take a decision at an appropriate time," he said, adding "I only want to say that the ruckus over the President`s Rule is a meaningless exercise to gain public sympathy and nothing else."

Shah also took a dig at the Congress over its allegations that the President`s Rule was imposed in a hurry and its ally NCP was not given enough time to show the majority, adding "Probably they do not ask their allies."