In a big setback to Nationalist Congress Party (NCP) chief Sharad Pawar, an influential party lawmaker from Satara Udayanraje Bhosale is all set to join BJP on September 14. 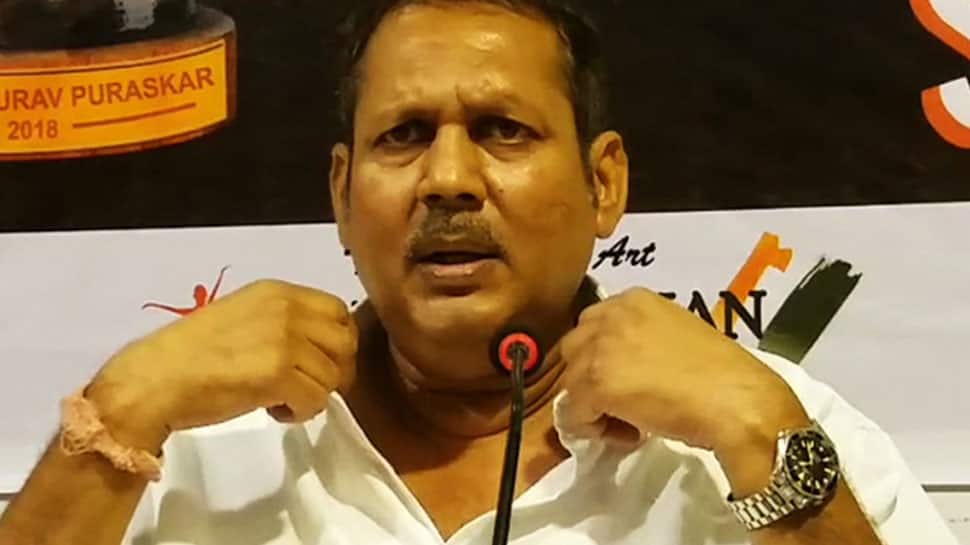 MUMBAI: In a big setback to Nationalist Congress Party (NCP) chief Sharad Pawar, an influential party lawmaker from Satara Udayanraje Bhosale is all set to join BJP on September 14.

Amid intense speculations of his joining BJP, the Satara MP met Pawar at his residence in Pune on Thursday.

The meeting between the two leaders came two days after Bhosale, who is a descendant of warrior king Chhatrapati Shivaji Maharaj, met Chief Minister Devendra Fadnavis in Mumbai.

However, NCP leader Dhananjay Munde later told reporters that Bhosale met Pawar with regard to the upcoming assembly polls in Maharashtra.

Asked if Bhosale was joining the BJP, Munde said the NCP MP himself never made any statement about joining the ruling party.

A section of NCP leaders have deserted the party in recently and the ruling BJP was blamed for increasing defections in Sharad Pawar's camp.

Adding fuel to fire, CM Fadnavis had last month said that he will be happy if Bhosale joins his party.

Fadnavis made these remarks after Bhosale heaped praise on the chief minister for carrying out development works in Satara.

The NCP lawmaker also accused the previous Congress-NCP government of creating "obstacles" in the progress of his constituency.

Bhosale, who is one of the NCP's four MPs from Maharashtra, had said that he will take a decision based on what was in the interest of the people of his constituency at a given time.

His cousin and NCP's Satara MLA Shivendrasinh Bhosale had recently deserted the opposition party and joined the BJP along with other legislators like Sandip Naik and Vaibhav Pichad.

On Wednesday, former state minister and NCP's Navi Mumbai strongman Ganesh Naik also joined the BJP along with around 50 corporators.