It may be noted that both Khadse and Mehta face charges of corruption.

MUMBAI: The BJP on Friday released the fourth list of seven candidates for contesting the upcoming assembly election in Maharashtra. Party heavyweights including Prakash Mehta, Eknath Khadse and former Education Minister Vinod Tawde have been denied ticket to contest the assembly election this time.

The BJP central leadership has, however, fielded Rohini Khadse, the daughter of Eknath Khadse, from the Muktainagar seat.

It may be noted that both Khadse and Mehta face charges of corruption.

The party has also fielded Sunil Rane from Borivili, denying ticket to Vinod Tawde, while Rahul Narvekar has been fielded as party candidate from Colaba in place of Raj Purohit. 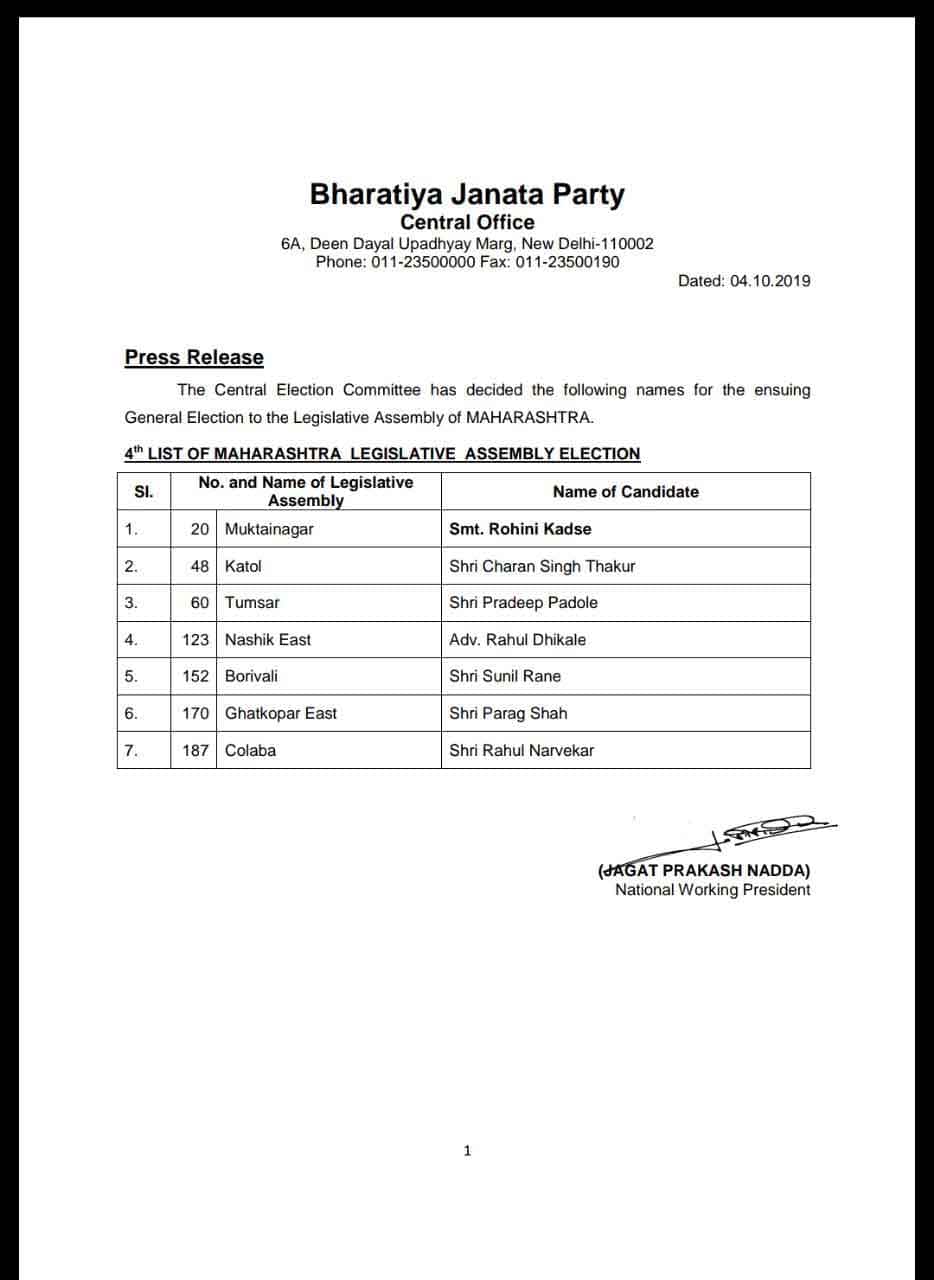 According to reports, Maharashtra Chief Minister Devendra Fadnavis and his close aide and minister Girish Mahajan, who also hails from Jalgoan and is a political rival of Khadse, has played a major role in the ticket distribution.

The party had on Thursday released its third list of candidates for the October 21 elections to the Maharashtra Assembly. The names of Education Minister Vinod Tawde and former Ministers Prakash Mehta and Eknath Khadse was not included in that list too.

Till Thursday, the BJP announced candidates for 143 seats. With less than 24 hours to go for the filing of nominations to end, 95 of these candidates had filed their papers till Thursday evening.

As many as 15 nominations were filed on Thursday, including by BJP State president Chandrakant Patil.

Meanwhile, Nationalist Congress Party (NCP) supremo Sharad Pawar had hinted at the possibility of some of the excluded BJP leaders joining the Opposition’s ranks.

The NCP chief said he had been in touch with Khadse in the past three months, a charge the latter rejected.