Fadnavis had arrived in Pen to address a rally after addressing a public gathering in the Ahmadnagar district earlier.

RAIGARH: Maharashtra Chief Minister Devendra Fadnavis and others escaped unhurt after the helicopter carrying them skidded while landing in the Raigarh district on Friday.

Fadnavis had arrived in Pen to address a rally after addressing Maha Janadesh Sankalp Sabhas at Kopargaon, Newasa and Karjat Jamkhed in Ahmednagar district earlier.

According to officials, the helicopter carrying Fadnavis was landing at the helipad but it skidded as the ground was wet. 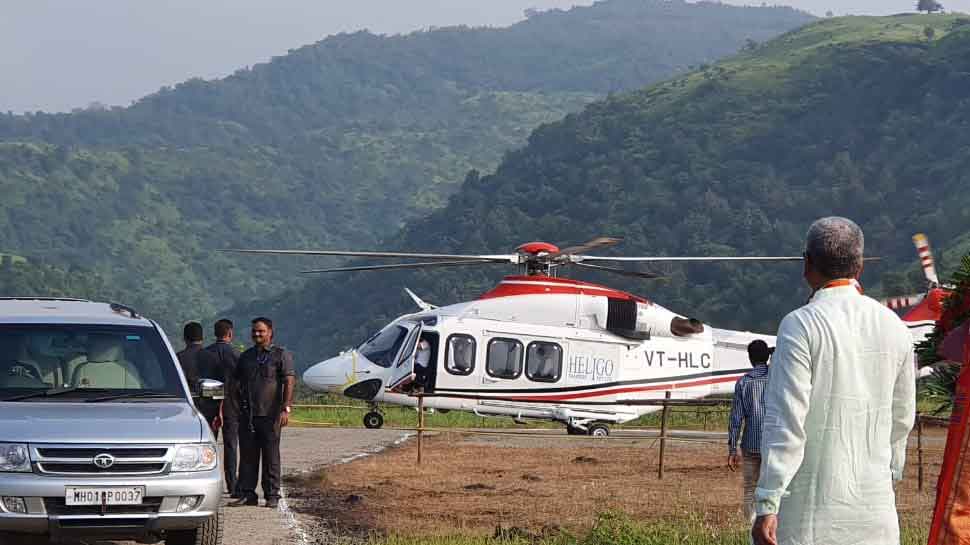 Besides Fadnavis, his personal assistant, an engineer, the pilot and co-pilot were onboard the chopper when the incident took place.

Raigarh Police Superintendent Anil Paraskar said that all including the Chief Minister are safe.

Earlier in 2017, a helicopter carrying Maharashtra Chief Minister Devendra Fadnavis had crash-landed in Latur. The Chief Minister escaped unhurt in the accident.

The chopper had developed a technical snag soon after the take-off and crashed-landed on the ground with six people onboard, including CM Fadnavis and two pilots.

The pilots of the Sikorsky (VT-CMM) helicopter detected variable wind pattern after taking off from Nilanga near Latur and decided to land back.

However, during landing, the rotor blades of the chopper got entangled in electric cables.

The chopper with 6 onboard, including CM Fadnavis, got entangled in electric cables and crashed.

The helicopter suffered substantial damage in the accident but luckily none of the six occupants sustained any injuries.