The Kesarbai building in Mumbai which collapsed on Tuesday killing at least two people, had been issued a notice in 2017 that it needs to be evacuated at the earliest. 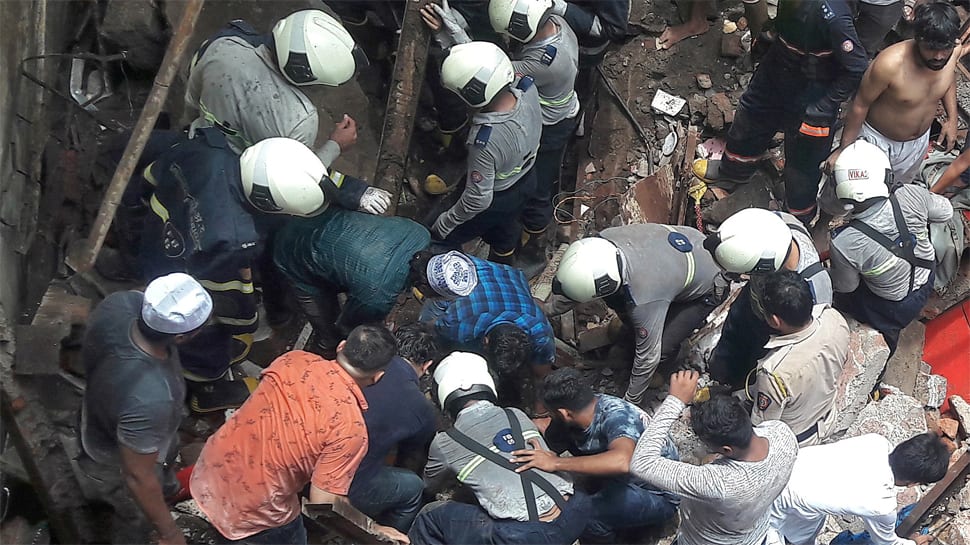 MUMBAI: The Kesarbai building in Mumbai which collapsed on Tuesday killing at least two people, had been issued a notice in 2017 that it needs to be evacuated at the earliest.

Brihanmumbai Municipal Corporation (BMC) in a letter dated 7 August 2017 on Kesarbhai building that collapsed in Dongri, today: Building is classified as 'C1', to be evacuated for demolition at the earliest...In event of any mishap this office won't be responsible. #Maharashtra pic.twitter.com/h2XEaV4LxF

Maharashtra Chief Minister Devendra Fadnavis also said on Tuesday that the building is around 100 years old. He added that the residents of the building had approached MHADA for the redevelopment of the building. "We will launch an investigation to find out whether it was carried out or not," Fadnavis said.

However as per sources, it was not in the list of dilapidated buildings issued for this monsoon. At least 14-15 families are believed to have been residents of the building.

#WATCH Mumbai: A woman being rescued by NDRF personnel from the debris of the building that collapsed in Dongri, today. 2 people have died & 7 people have been injured in the incident. #Maharashtra pic.twitter.com/tmzV3Dmm7C

At least two people were killed when the four-storeyed building collapsed in Mumbai's Dongri at around 11 am on Tuesday. At least 40 people are still believed to be trapped under the debris.

One of the two who have been killed has been identified as 45-year-old Abdul Sattar Kalu Shaik. A woman is also among the two killed. The three who have been injured include a child. At least five people have been pulled out of the debris safely so far.

The Kesarbai Building is located near Tandel street, behind Abdul Hamid Shah Dargah in Dongri in Mumbai.