As per repoprts, Jadhav is set to join Shiv Sena on Friday at 2 pm at Matoshri Bungalow in presence of Sena Chief Uddhav Thackeray and other senior leaders.

New Delhi: In yet another setback for Opposition in Maharashtra, NCP former state president and Guhagar sitting MLA Bhaskar Jadhav on Friday resigned from his post and confirmed to join Shiv Sena ahead of the assembly polls in the state.

As per repoprts, Jadhav is set to join Shiv Sena on Friday at 2 pm at Matoshri Bungalow in presence of the party chief Uddhav Thackeray and other senior leaders. He tendered his resignation to state assembly speaker Haribhau Bagade today at his Auranagabad residence. The Shiv Sena had arranged a special aircraft for Jadhav to reach Bagade's residence so that he submits his resignation on time. 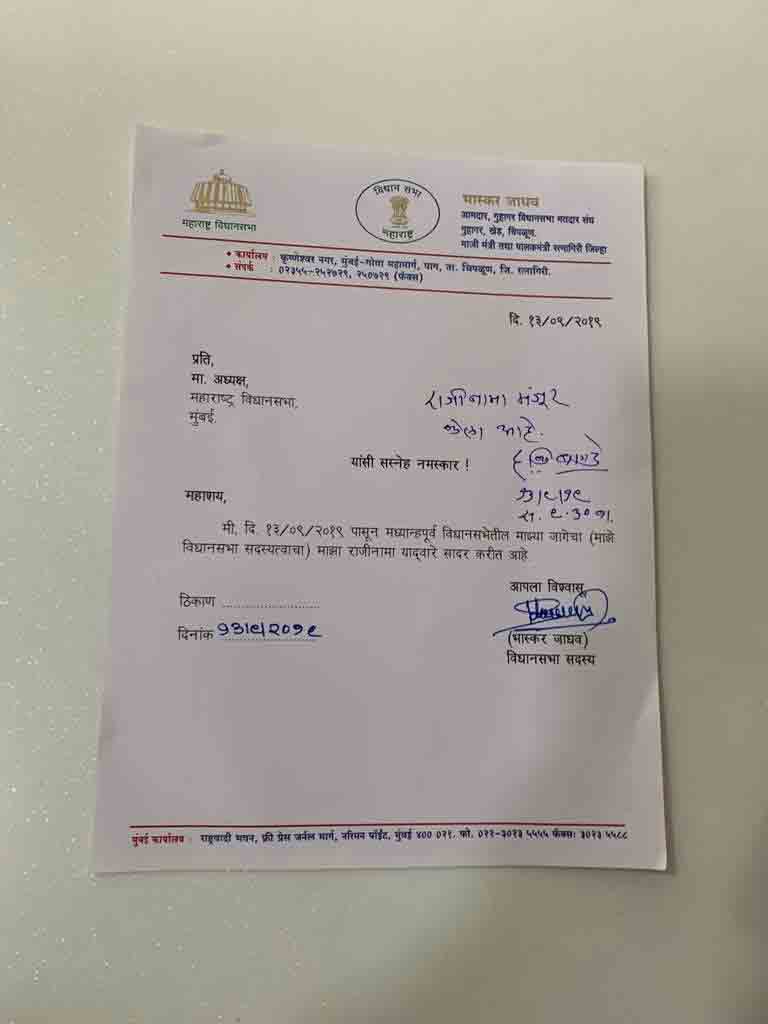 Jadhav has kickstarted his political journery with Shiv Sena but later switched over to Sharad Pawar-led NCP. Since 1992, he has been the face of NCP in the Konkan region of Maharashtra.

On Monday, he held a meeting with his supporters at his hometown in Guhagar in Ratnagiri district, where he announced to re-enter the Uddhav Thackeray-led party.

"I have just submitted my resignation and it was duly accepted by Speaker Hari Bhau Bagade. Whatever I have to speak I will speak only after Joining Shivsena in presence of Uddhav Ji this afternoon. But I can say that there is no hard feeling, no complaint and no grudge against anyone behind my resignation," said Bhaskar Jadhav while talking to ANI.

Jadhav met Shiv Sena president Uddhav Thackeray twice in the past month, leading to speculations of his return to the party.

Several senior leaders from the opposition NCP and Congress have recently joined the ruling BJP and Shiv Sena in the state.