Exposed! Over 1.5 lakh fake Twitter accounts were used for defaming Maharashtra government and the Mumbai police. 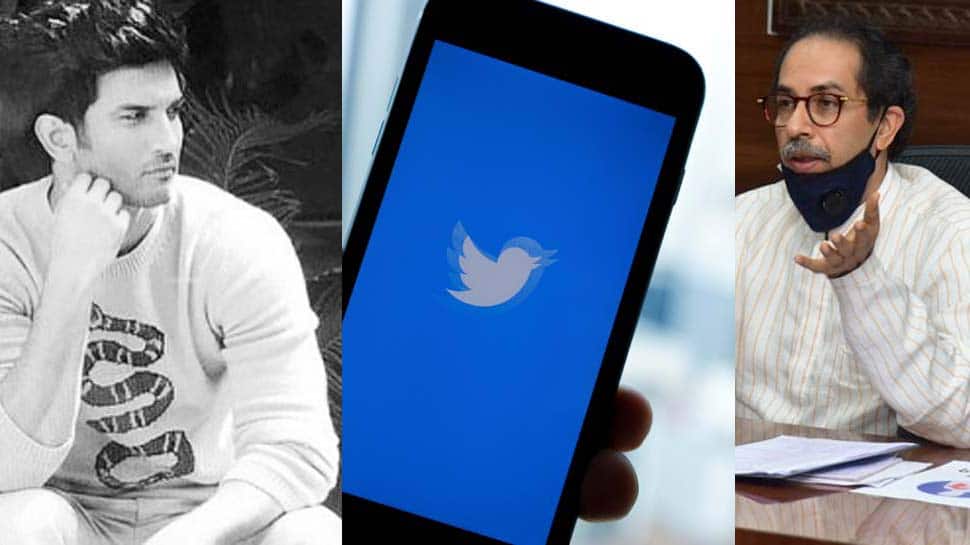 In a major revelation by a team of cyber experts, over 1.5 lakh fake Twitter accounts were used for defaming Uddhav Thackeray-led Maharashtra government and the Mumbai police after the death of Bollywood actor Sushant Singh Rajput.

According to the Maharashtra Police on Tuesday, almost 80 per cent of these accounts were suspicious in nature as they were majorly making negative tweets, retweets and comments against the state government and the police.

The facts: Immediately post the death of Sushant Singh Rajput on June 14, many new Twitter accounts surfaced and started trending negative sentiments against the Maharashtra government, Mumbai Police and they even started maligning famous personalities like Mumbai Commissioner of Police. Primarily the count of Twitter accounts which surfaced and were responsible for negative trending was absolutely shocking-almost lacs of a Twitter account.

Unfortunately, this was not the end of the story, many accounts started negative trending about Maharashtra government, Mumbai Police, Mumbai Commissioner of Police using different hashtags and even many of them impersonate by creating a fake Twitter account of known personalities--Bollywood actress Raveena Tandon (fake account), to execute the defamation over social media platform Twitter.

During the investigation, Mumbai police found this fake account is a “BOT” Twitter with 100 million daily active users and 500 million tweets sent daily. There are few groups and companies who designed certain programs which can mimic as a human being to tweet or retweet as a normal Twitter user but they have the capacity to automate the tweet or retweet activity up to thousands in number, which is clearly a non-human capacity. Generally, such programs are known as BOTS.

BOTS: A Twitter BOT is a type of BOT software that controls a Twitter account via the Twitter API. The BOT software may autonomously perform actions such as tweeting, retweeting, liking, following, unfollowing, or direct messaging other accounts. The
automation of Twitter accounts is governed by a set of automation rules that outline proper and improper uses of automation. Proper usage includes broadcasting helpful information, automatically generating interesting or creative content, and automatically
replying to users via direct message.

Improper usage includes circumventing API rate limits, violating user privacy, spamming, and sockpuppets. a single bot program which is a commercial tool and is been used for negative trending have the power of 500 tweets/retweets per request and a huge capacity of 5 million tweets per month, and these are paid programs which has powers to tweet/retweet in any language and can be executed from any part of the world using a proxy server to remain anonymous.

Report: A team of Cyber and Forensic Expert submitted the report to the Mumbai Police. As per the reports generated using Artificial intelligence and Machine Learning for the Analysis of Twitter hashtags and related accounts, which were created or surfaced during the period of (June-October 2020) to severely trend against dignified personalities and establishment.

Their activities surprisingly showcased the drastic leap in the number of tweets per day, number of followers, following which is quite difficult for an individual who is a genuine user of Twitter. Further, in a deep investigation, it was found that many of the accounts which
were used to spread defamatory contents were BOTS, fake accounts operated with the help of BOTS, and from different countries, but we are successful to find few IP addresses belongs to ISP from India, those are also BOTS.

Team of Cyber Experts have analysed the majority of hashtags and important mentions. Primarily, it was suspected the involvement of such kind of technology must be getting used to operating anonymously, but now it's quite evident after the confirmation from Cyber Expert, that BOTS are getting used by culprits/sponsored personalities to execute the fake account activity and it's a major breakthrough.

CONCLUSION: At present many accounts are trying to disappear, many of them are deleting the negative posts/comments/tweets to evade the investigation process. A major percentage of the accounts are BOT operated accounts and operating from outside India (China, Panama, Hongkong, Nepal etc.) as well. These accounts are majorly using proxy servers to remain anonymous.