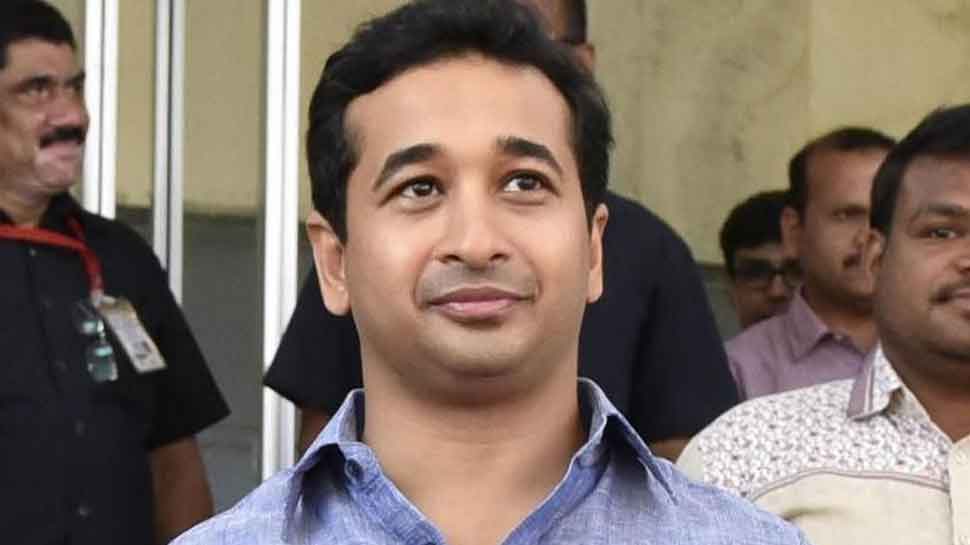 MUMBAI: Former Maharashtra chief minister Narayan Rane’s son Nitesh was formally inducted into the saffron party fold on Thursday. He joined the BJP in Sindudarg district of Maharashtra in presence of top saffron leaders including district president Pramod Jathar, whom he had defeated as a Congress candidate in 2014.

It is expected that Nitesh Rane's name will feature in BJP’s last list and he may be fielded from Kankavali assembly seat. The ruling BJP had on Tuesday declared its first list of 125 candidates for the October 21 assembly election, including names of Chief Minister Devendra Fadnavis and state unit president Chandrakant Patil, but high-profile figures Eknath Khadse and Vindo Tawde missing from it.

"Nitesh's name will figure in the second list and he will contest from Kankavli," Narayan Rane had said on Wednesday.

On speculations of merging his Maharashtra Swabhiman Party with the BJP, he said, "It is likely to happen in a week's time."

The former state chief minister was earlier in the Shiv Sena, which he quit in 2005 and joined the Congress.

He remained with Congress till 2017 following which he formed his own political outfit and became an ally of the ruling BJP. He is currently the Rajya Sabha member on BJP's ticket.

The NCP will hold a massive roadshow before Rohit Pawar files his nomination in Ahmadnagar.