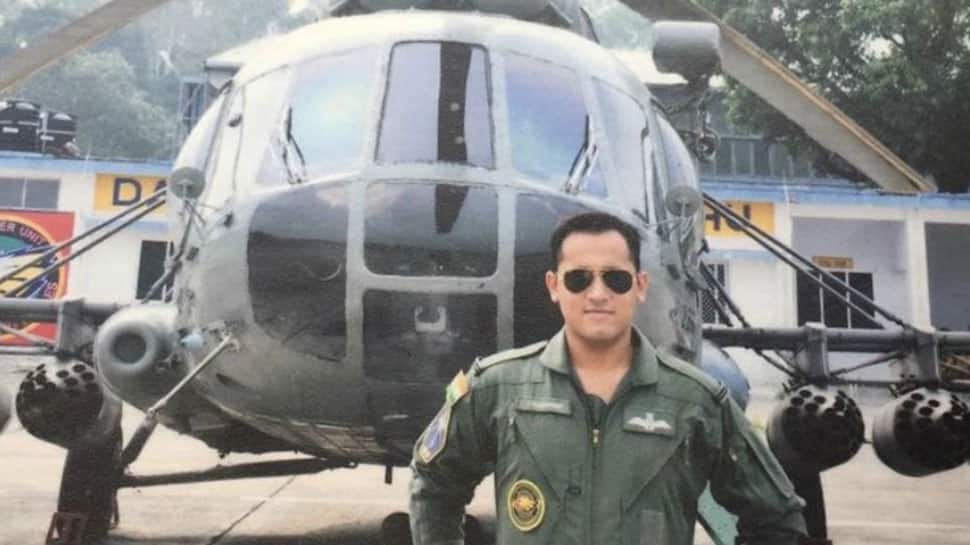 Nashik: The mortal remains of pilot Ninad Mandavgane, who died in an IAF helicopter crash in Jammu and Kashmir two days back, were consigned to flames with full military honours here on Friday.

Mandavgane (33), who hailed from Nashik, was cremated on the bank of Godavari river around 12.30 PM.

Mandavgane and six others died on Wednesday when the IAF chopper crashed in Budgam district of Jammu and Kashmir.

According to officials, the helicopter crashed in an open field near Garend Kalaan village in Budgam around 10.05 am. Besides its pilots, four others onboard and a local resident died in the incident.

Mandavgane's body was brought to Ojhar airport from New Delhi by a special IAF plane on Thursday night.

Air Force officials, including Air Commodore Samir Borade, commanding officer of the IAF Station Ojhar, and Nashik Collector Radhakrishna B, paid tribute to the pilot there.

The body was later taken to his residence in DGP Nagar locality in Nashik.

A large number of people gathered at the crematorium on Friday to bid adieu to the departed soul.

When the body was brought to the crematorium around noon, people present there raised slogans of 'Vande Mataram' and 'Bharat Mata Ki Jai'.

Mandavgane's father Anil, mother Sushma, wife Vijeta and their two-year-old daughter, his relatives and other people attended the funeral.

Before the funeral pyre was lit by Mandavgane's father, the Nashik unit of IAF and city police gave a 21-gun salute.

Before joining the IAF, Mandavgane had studied in Bhonsala Military School in Nashik, Services Preparatory Institute (SPI) in Aurangabad and the National Defence Academy (NDA) in Pune.