Several posters of Aditya Thackeray have been put up in Worli, which read ''Kem Cho Worli''. 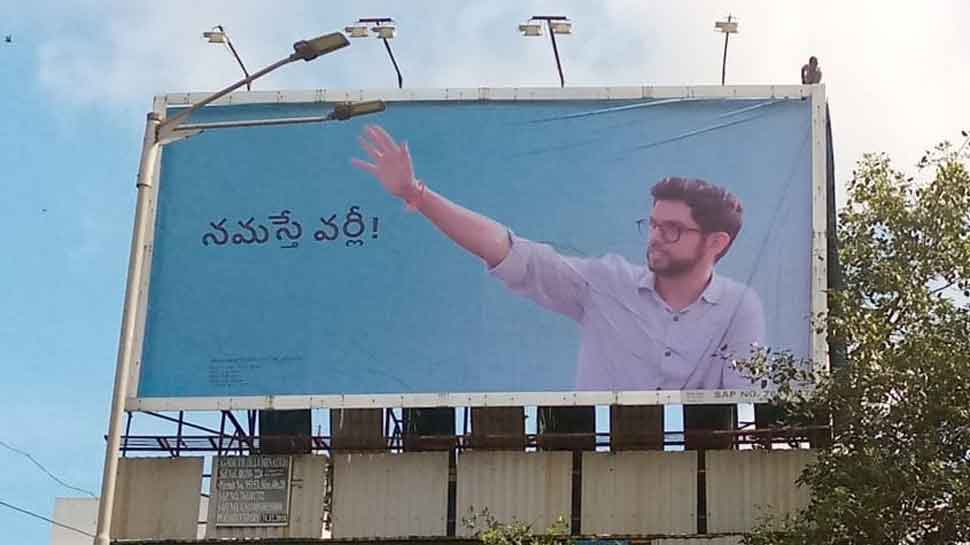 MUMBAI: Days after announcing that Aditya Thackeray will contest the upcoming assembly election in Maharashtra from the Worli seat in Mumbai, the Uddhav Thackeray-led Shiv Sena on Wednesday put up posters of its young leader to woo voters.

According to news agency ANI, several posters of Aditya Thackeray have been put up in Worli, which read ''Kem Cho Worli''.

Mumbai: Shiv Sena puts up posters of Aditya Thackeray which say 'How are you Worli?' in different languages. He is contesting #MaharashtraAssemblyPolls from Worli constituency. https://t.co/kurUjKEGT7 pic.twitter.com/CpgCaGr1r1

After announcing his candidature, the party has launched an extensive campaign for Aditya, who is being projected as Maharashtra's deputy chief minister if the Shiv Sena-BJP alliance wins in the assembly election.  Shiv Sena had last week announced that the 29-year old grandson of party founder the late Bal Thackeray will stand from the prestigious Worli seat in south-central Mumbai.

The development came amidst the uncertainty over Sena's proposed poll tie-up with the Bharatiya Janata Party (BJP).

Aditya Thackeray will be the first member from the Thackeray family to enter the electoral fray after Shalini Thackeray, the wife of Jeetendra Thackeray, a cousin of MNS founder Raj Thackeray, who had unsuccessfully contested the 2019 Lok Sabha elections.

Aditya Thackeray was appointed as the Yuva Sena President in 2010 and was subsequently named a `leader` of the Shiv Sena in 2018.
A fitness and sports enthusiast, he is also the President of the Mumbai District Football Association.

The BJP and Shiv Sena contested the 2014 state assembly elections separately after they failed to arrive at a seat-sharing formula. However, they formed the government in the alliance after the elections as none of them was able to secure the majority on its own. The last date of submission of nomination forms is October 4.

The Election Commission has announced single-phase voting for 288-member Maharashtra Assembly on October 21 and the counting of votes is scheduled on October 24.