Kisan long march kicks off a day after scheduled; thousands march towards Mumbai

Talks between farmer's outfits and Maharashtra government once again failed to yield any results. 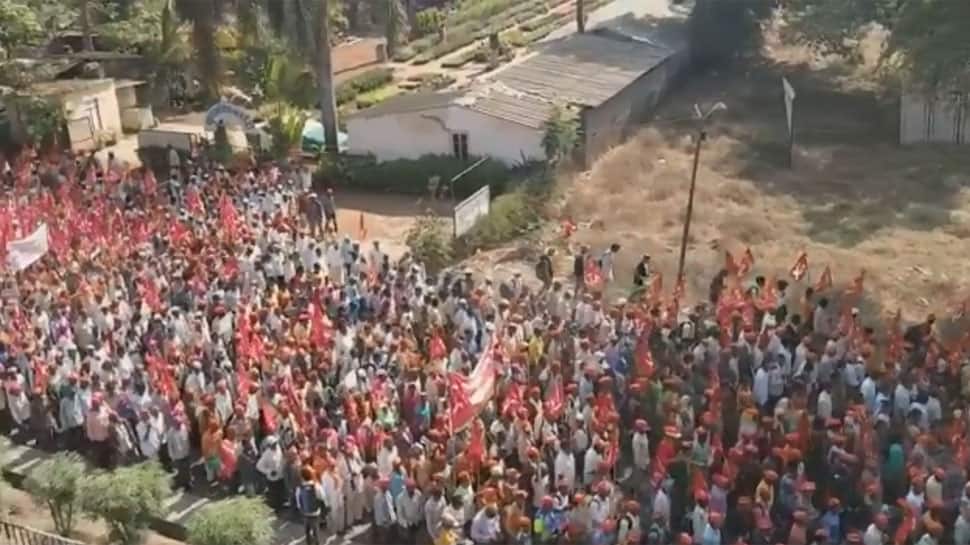 The Kisan long march finally kicked off on Thursday morning from Nashik, a day after it was initially supposed to begin. Thousands of farmers were seen marching on the road together.

Talks between the farmer's outfits and Maharashtra government, held on Wednesday evening, once again failed to yield any results.

The week-long march from Nashik to Mumbai was deferred after the state police refused to grant permission for the procession, claiming it will lead to traffic snarls on the highway.

All India Kisan Sabha (AIKS) president Ashok Dhawale said the outfit had expected 50,000 peasants to join the protest march, scheduled to begin from Nashik on Wednesday.  But not all could reach Nashik, about 200 km from Mumbai in North Maharashtra, due to the police action, he alleged.

"So, we held a rally of farmers in Nashik and decided to defer the launch by a day. Meanwhile, the state government has approached us through its minister Girish Mahajan for talks," Dhawale told PTI.

"We will think about the course of our protest if the talks (with Mahajan) are satisfactory. In case it is not, we will continue with the protest," he added.

Dhawale charged the police with stopping farmers approaching Nashik from Thane, Palghar and Ahmednagar districts for the stir.

The second edition of the march will again press for demands like farm loan waiver, minimum support price, irrigation facilities and provision of pension to farmers.

The first march was held in March 2018, where over 35,000 farmers led by the AIKS walked to Mumbai from Nashik. The state government was then forced to give in-principle acceptance to several of their demands.

“A year has passed but the state government has not fulfilled promises. Hence, the long march would be taken out against the betrayal of farmers by BJP-led state and central governments,” the AIKS said.

The AIKS is also opposing the multi-billion dollar Mumbai-Ahmedabad bullet train project which has seen several farmers along the proposed route approach court against land acquisition.