The financial capital of the country, Mumbai, is emerging as a major hub for the spread of coronavirus COVID-19 with over 750 cases and 54 deaths as of 4 pm (IST) on Friday. With a rise in cases nearly every day, a total of four coronavirus hotspots in Mumbai has been identified and 341 areas sealed. 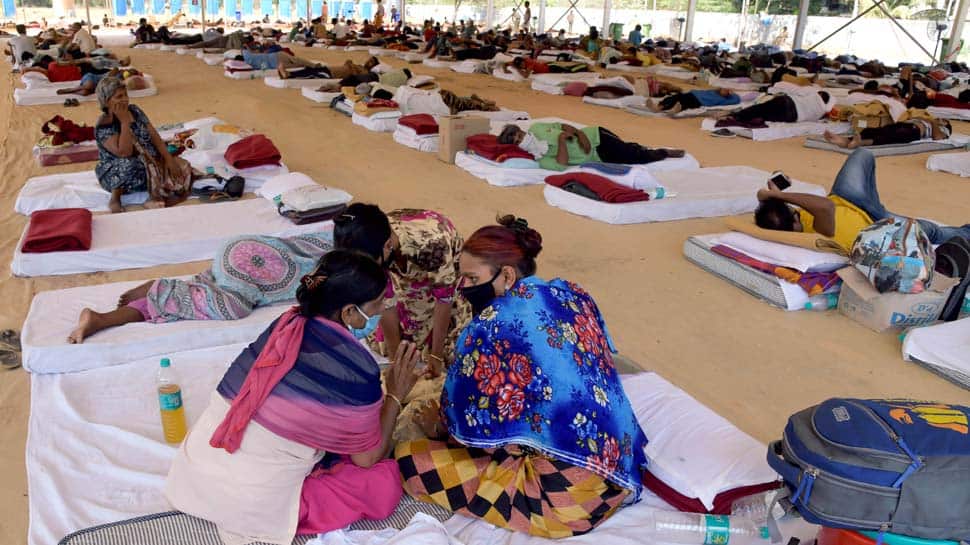 The financial capital of the country, Mumbai, is emerging as a major hub for the spread of coronavirus COVID-19 with 993 cases and 64 deaths as of 7 pm (IST) on Friday. With a rise in cases nearly every day, a total of four coronavirus hotspots in Mumbai has been identified and 341 areas sealed.

The hotspots that have been identified where most patients have been admitted are--G south ward (Worli area): 199 cases, Byculla of E. Ward, Mazgaon area: 69 cases, Malabar Hill of D Ward, Girgaon area: 61 cases, and Andheri West region: 51 cases. The sealing of over 340 areas took place as positive cases were found in these places. The movement of people in these areas has been completely stopped.

On Friday, prayers were not offered in the Mumbai mosques. The police were engaged in the strict implementation of the lockdown. There was call for prayer (azaan) in the mosques but due to the lockdown and ban on religious events, people did not reach the mosques.

In the meantime, the Brihanmumbai Municipal Corporation (BMC) announced to seal the Dadar-located Shushrusha Hospital and asked the private hospital to quarantine all its nurses and stop new admissions. It also said that all patients admitted to the hospital will be discharged in the next hours. The direction from the BMC came after two nurses at the hospital tested positive for coronavirus."Forty-eight hours have been given to the hospital to discharge the patients undergoing treatment there," a senior BMC official said.

So far, the BMC has detected six COVID-19 patients in the Dadar area, including the two nurses.

The BMC has already sealed a few private hospitals, including Jaslok Hospital at Pedder Road and Wockhardt Hospital at Mumbai Central, and quarantined their staffers after coronavirus cases were found in their premises.

The Mumbai Police has issued a prohibitory order for 14 days against spreading wrong information. The police warned against spreading of fake news, incorrect information, misinformation, and other such objectionable content in the form of messages, videos (both edited and self-created), images or memes (both edited and self-created), audio clips and other such forms of communication. It also warned on spreading rumours on internet messaging and social media platforms like WhatsApp, Twitter, Facebook, Tiktok, Instagram etc.

"If such type of content has been found to have caused panic, confusion among the general public, inciting mistrust towards government functionaries, communities and their actions taken to control the COVID-19 pandemic and also to have created animosity towards various communities, it can lead to a law and order situation and there is a danger to human health or safety or a disturbance of the public tranquillity," said the order.

The police issued issue prohibitory order for restricting any dissemination of information through various messaging and social media platforms which is found to be incorrect, derogatory and discriminatory towards a particular community, distortion of facts, causing panic and confusion among the general public, inciting mistrust towards government functionaries and their actions are taken in order to prevent the spread of the COVID-19 virus.

All persons designated as admin on messaging and social media platforms, either by self or by allowing any member of the group, shall be personally responsible and action will be taken against them.