Mumbai’s famous Taj Hotel has received a bomb threat call from Pakistan following which the security in and around the iconic hotel has been increased. 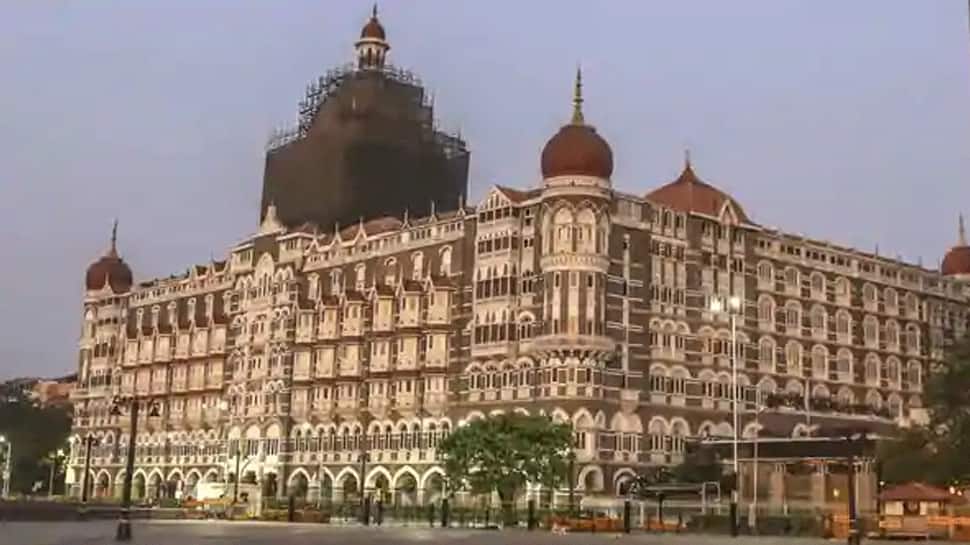 MUMBAI: Mumbai’s famous Taj Hotel has received a bomb threat call from Pakistan following which the security in and around the iconic hotel has been increased, sources said on Tuesday.

The caller said that ''everyone saw the terrorist attack on the Karachi Stock Exchange, now the 26/11 attack in the Taj Hotel will happen once again.''

Another threat call received by was the staff of the Taj Lands End hotel located in Bandra - another property of the Taj Hotel Group - following which security was beefed up. The second threat call was also made from Pakistan.

The Mumbai Police will record the statement of the Taj Lands End hotel staff who received the threat call. The Mumbai Police has launched an investigation into the matter and call details are being verified.

The police have also increased security in and around the famous hotel as well as other vital installations in Mumbai.

Coastal patrolling and surveillance have also been increased in view of the threat call.

It may be recalled that on 26 November 2008, there was a terrorist attack in Mumbai in which Taj Hotel was also targeted by Pakistan-trained terrorists.

More than 166 people were killed and more than 300 people were injured in this attack which lasted nearly 60 hours. 28 foreign nationals were also among those who died. This attack shook the entire country and India and Pakistan were on the verge of war.

Ajmal Kasab was the only terrorist who was caught alive in the Mumbai terror attack. He was thoroughly questioned by the Indian investigating agencies about the incident, which revealed Pakistan's involvement in the incident.

Kasab was later hanged in Pune's Yerwada jail on the morning of 21 September 2012. Before Kasab's death, Indian investigative agencies had squeezed out every single information related to the plot of Mumbai attack planned in Pakistan.

It was revealed that on 26 November 2008, 10 heavily armed Pakistani terrorists entered Mumbai by boat via sea route from Karachi. These terrorists attacked the Chhatrapati Shivaji Railway Terminus, Taj Mahal Hotel, Trident Hotel and a Jewish center.