The senior NCP leader said that the Centre is pressuring leaders of opposition parties to join the BJP. 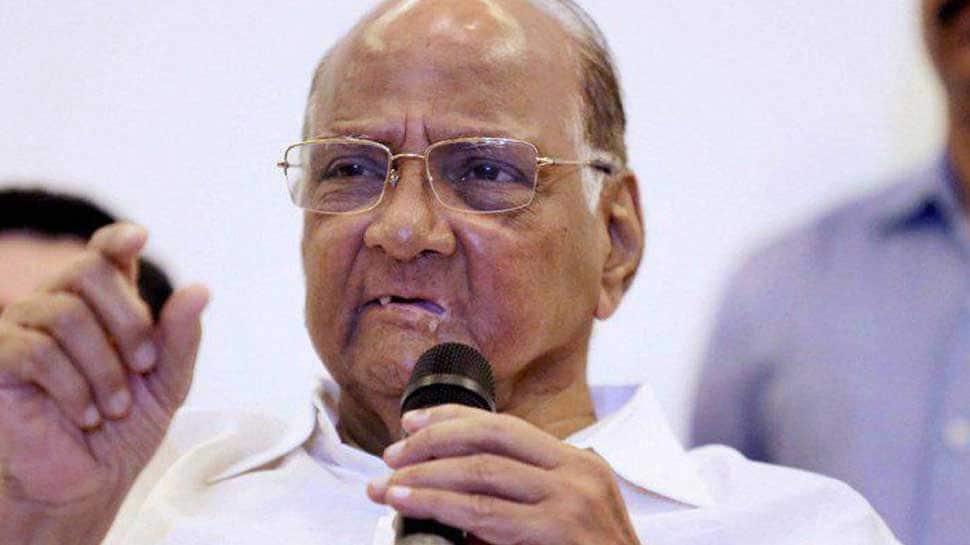 MUMBAI: National Congress Party (NCP) chief Sharad Pawar on Sunday attacked the Narendra Modi-led NDA government at the Centre and alleged that the ruling dispensation was misusing its powers ahead of assembly elections in Maharashtra.

The senior Maharashtra leader said that the Centre is pressuring leaders of Congress, NCP and other opposition parties to join the BJP.

Pawar went on to say that the ruling BJP is misusing central probe agencies to threaten politicians of various parties.

"Central government is misusing its power before elections (Maharashtra), pressuring those leaders who are not willing to join BJP. This is not limited to Maharashtra, it has happened everywhere,'' Pawar aid.

The former Union minister also alleged that the state government has also directed some cooperative banks such as Maharashtra Co-operative Bank to help those leaders who are in crisis if they are willing to the BJP.

Talking about the seat-sharing formula, Pawar said, "There is an understanding on about 240 seats between NCP and Congress ahead of Assembly elections. Also, we are in talks with other parties for the rest of the seats. I am expecting that in coming 8-10 days all seats will be decided," he added.

Speaking about the collapse of the Congress-JDS government in Karnataka, Pawar blamed the BJP for destabilising the government.

"They (BJP) did not have the majority in Karnataka but JDS-Congress leaders were brought to Pune. A leader came to meet them but was arrested in spite of having a booking with a hotel. He was not allowed to meet them citing that his presence is dangerous to the life of those MLA`s. Now the new government has come in power now let us see what this government does," he said.

The Assembly Elections are due to be held in Maharashtra in October 2019 to elect the 288 members of Legislative Assembly. In 2014 elections, the BJP came to power by winning 122 seats. NCP ally Shiv Sena had bagged 62 seats. The Congress and the NCP bagged 42 and 41 seats, respectively.