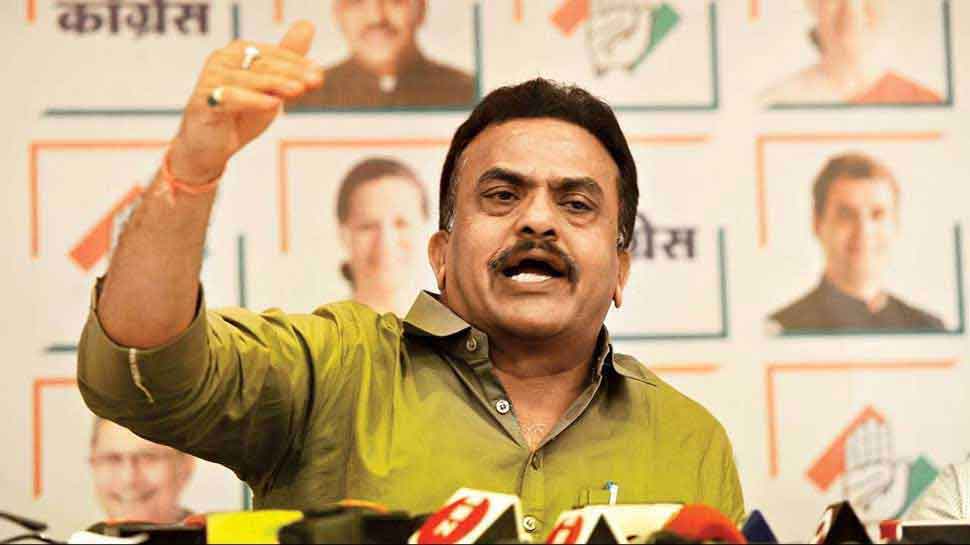 Mumbai: After senior Nationalist Congress Party leader Ajit Pawar extended support to Bharatiya Janata Party (BJP) to form government in Maharashtra, Congress leader Sanjay Nirupam launched a scathing attack on NCP chief Sharad Pawar and called him a 'poison', claiming that he would not have been unaware about such a move.

"Rahul Gandhi once had said that power is poison and Pawar (Sharad) is also poison," Raut said while speaking to ANI after the month-long political impasse ended with leader Devendra Fadnavis taking oath as chief minister of Maharashtra and Ajit Pawar as deputy chief minister.

"It is Shiv Sena`s ideology to work on the lines of Hindutva. Was Congress going to support them by joining hands with Sena? I had said that if Congress supports Sena it would be defeated in every aspect and it has happened today," he said. The Congress leader said that only the Congress has been betrayed and defamed in the current political developments in the state. "It was a wrong move of Congress to support Sena and believe in NCP. In Maharashtra, Congress got the mandate to sit in opposition. Now Congress is facing the wrath of Shiv Sena's sins," Nirupam said.

Nirupam also questioned the recent meet of the NCP chief with Prime Minister Narendra Modi in the national capital and asked, "If Pawar had gone to meet Modi on the issue of farmers then why did not he take other party leaders with him?" Being asked about Sanjay Raut's claim that Ajit Pawar was intimidated by BJP in connection with an alleged corruption case, he took a dig at the NCP leader and said, "Raut should get admitted in Lilawati hospital and conduct tests to find out how well all body organs are working."

Fadnavis and Ajit Pawar were administered the oath by Governor Bhagat Singh Koshyari. The move came at a time when deliberations between Congress, NCP and Shiv Sena seemingly reached the final stage on Friday. The BJP, which emerged as the single largest party, could not stake claim to form a government as its ally Shiv Sena remained firm on rotating the Chief Minister's post and equal sharing of Cabinet berths.

Shiv Sena parted its ways with BJP to explore ways to form a government. It, however, failed to prove the support of the required number of MLAs in the time given by state Governor Bhagat Singh Koshyari.

The Governor had then invited NCP, the third-largest party, to prove its ability to form the government failing which President`s Rule was imposed in the state. The BJP won 105 seats in the 288-member assembly followed by Shiv Sena 56, NCP 54 and Congress 44. Sanjay Nirupam calls Sharad Pawar 'poison', attacks Sanjay Raut