The entire incident was recorded on the CCTV camera installed at the Mumbai Central railway station. The video of the incident is now being shared on social media. 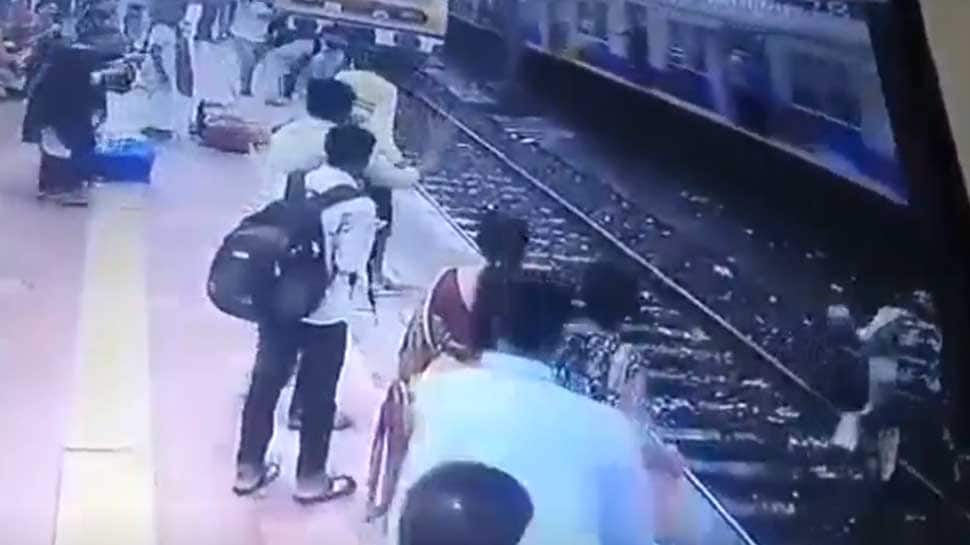 MUMBAI: In yet another act of bravery, some Railway Protection Force (RPF) personnel jumped on the rail track to prevent an elderly man from committing suicide.

The incident took place at the Mumbai Central railway station.

The entire incident was recorded on the CCTV camera installed at the Mumbai Central railway station.

The video of the incident is now being shared on social media.

The two RPF men, who were later identified as SH Manoj and Ashok, jumped on the track to save a 64-old man while the train was just a few metres away from them.

In the video, an old man dressed in white can be seen stepping down from the platform, onto the railway tracks while commuters are seen waiting for the train to arrive.

Ignoring their calls, the old man sits down on the track, when an RPF personnel jumps on to the track and drags him to safety.

A few seconds later, another RPF official jumps on to the tracks and the two men escort the man to the platform.

In the video, locals can be seen extending their hands to pull the old man back to the platform.