The day-long strike has been called by United Front of Transport Associations (UFTA) which is an umbrella body representing 41 associations and unions of goods and passenger segments. 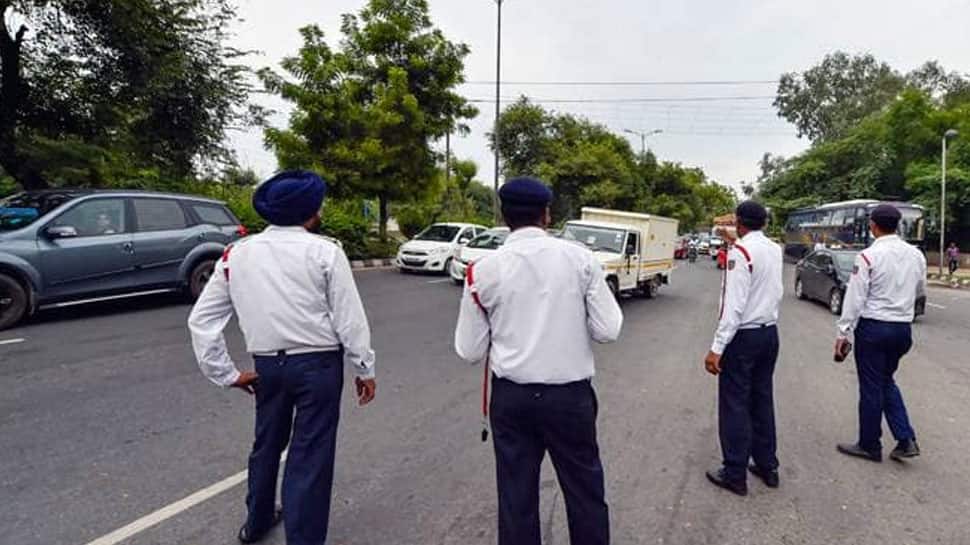 NEW DELHI: Thousands of commuters are likely to face hardships in the national capital region on Thursday as transport unions have given a call for a day-long strike call against various provisions of the newly amended Motor Vehicles (MV) Act, including the steep hike in penalties for various traffic-related offences.

Several schools and educational institutions will remain shut in Delhi and the adjoining National Capital Region as a large number of auto-rickshaws, taxis, App-based cab operators -  Ola and Uber - and commercial buses will remain off the roads on Thursday.

Giving a call for a day-long strike, United Front of Transport Associations (UFTA) office-bearers on Wednesday alleged that both the Centre and the Delhi government is forcing them to go for the strike.

"We have been seeking redressal of our grievances related to the new MV Act from both the Centre and the Delhi government for the last 15 days, but no solution is there is sight forcing us to go on a one-day strike," UFTA general secretary Shyamlal Gola said.

UFTA office-bearers said that the road transport sector is already passing through its worst phase due to rising economic uncertainties, exorbitant taxes and penalties and corruption.

The transport unions are demanding immediate withdrawal of the provisions of the amended Act such as steeply hiked penalties and limiting the liability of the insurer to Rs 5 lakh, among others.

They also demanded perks such as insurance and medical facilities, and an increase in free parking times at airports and train stations.

The UFTA is an umbrella body representing 41 associations and unions of goods and passenger segments including trucks, buses, autos, tempos, maxi-cabs and taxis plying in the Delhi-NCR region.

However, the Delhi Taxi Tourist Transporters Association has announced that they will not be part of the day-long strike.

"Most of the schools have announced off due to strike of transporters and preparatory leave of ongoing exams," Bharat Arora, general secretary of the Action Committee of unaided recognised private schools, said.

However, some schools have decided to function normally despite the strike. Exams scheduled for Thursday have been postponed to Saturday in some schools like Chinmaya Vidyalaya.

Gautam Buddh Nagar DM BN Singh categorically ruled out that no order regarding the closure of schools has been passed by the district administration. He also warned that a probe against false messages being spread on social media will be conducted and those found guilty will not be spared.

''The DM has not given any order to close schools. It has been given by individual schools. But some anti-social elements are circulating a message that DM has given the order. The above notice in connection with the same,'' a release from Gautam Buddh Nagar DM's office said.

The new Motor Vehicles Act propose a 10-fold increase in fines for offences like traffic violations, drunk driving, driving without a helmet, driving without seat belts and overloading. While a few states have adopted the Act in its entirety, several states have put it on hold and some like Uttarakhand and Gujarat have announced a cut in penalties for traffic violations under the amended law.

Many state governments including Madhya Pradesh, Odisha, Chhattisgarh, Puducherry, Rajasthan, Punjab, and West Bengal have not enforced the new penalties.  States like Gujarat, Kerala and Delhi have expressed reservations against the provisions of the amended Motor Vehicles Act.