The Commission, the executive arm of the 28-member European Union (EU), formally tabled its decision this week after ThyssenKrupp announced its decision to withdraw from the joint venture plans last month in anticipation of the EU ruling. 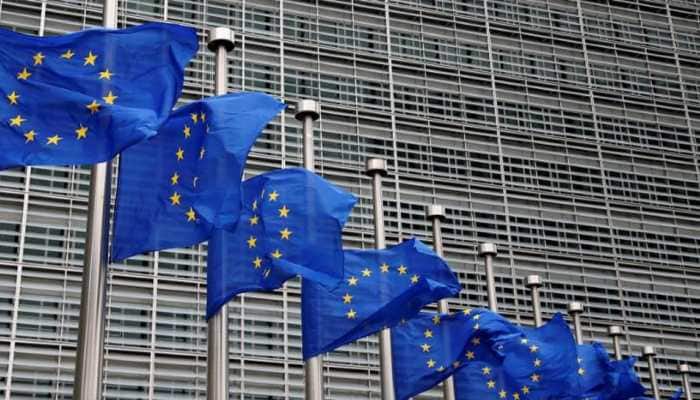 London: The European Commission has said it was forced to block a proposed merger between Indian steel major Tata Steel and German giant ThyssenKrupp over concerns that it would have led to a spike in the metal's prices.

The Commission, the executive arm of the 28-member European Union (EU), formally tabled its decision this week after ThyssenKrupp announced its decision to withdraw from the joint venture plans last month in anticipation of the EU ruling.

"Without remedies addressing our serious competition concerns, the merger between Tata Steel and ThyssenKrupp would have resulted in higher prices. So we prohibited the merger to avoid serious harm to European industrial customers and consumers," said Commissioner Margrethe Vestager, in charge of competition policy at the European Commission.

"Steel is a crucial input for many things we use in our everyday life, such as canned food and cars. Millions of people in Europe work in these sectors and companies depend on competitive steel prices to sell on a global level," she said.

The Commission concluded that under the EU Merger Regulation, a merger between Tata Steel and ThyssenKrupp to create the second-largest European steel entity behind Lakshmi N Mittal's ArcelorMittal - would have reduced competition and increased prices.

It also felt that the companies did not offer "adequate remedies" to address these concerns.

The decision followed an in-depth investigation by the Commission of the proposed joint venture (JV), which would have combined the flat carbon steel and electrical steel activities of

Both companies are significant producers of metallic coated and laminated steel for packaging applications and of galvanised flat carbon steel for the automotive industry.

The Commission said its decision preserves effective competition on European steel markets and the competitiveness of the industry, which employs about 360,000 people in more than 500 production sites in 23 EU member-states.

"It will also ensure that key customer industries, such as the European automotive industry and the packaging industry, continue to enjoy access to key inputs at competitive conditions," the Commission said.

"As a result, consumers in Europe can continue to rely on the affordability of canned food products and the European automotive industry is able to source steel competitively from the EEA and that product innovation in steel is preserved in support of the transition to more climate-friendly and environmentally sustainable mobility," it said.

During the investigation, the Commission said it had received feedback from a large number of customers active in the packaging and automotive industries.

These companies depend on competitive steel prices to offer their products to customers at competitive prices and many were worried that the transaction would result in higher prices, it said.

Aware of the Commission's impending decision, the Indian and German companies had announced their respective plans after the proposed JV dating back to June 2018 was abandoned on May 10.

ThyssenKrupp had announced a focus on its elevators business as part of a massive restructuring strategy.

Tata Steel, while admitting that the proposed JV was an important strategic initiative for the company to create a sustainable portfolio in Europe, stressed that it would explore all options to achieve similar outcomes in the future.

"Our strategy is to be the leading and most sustainable flat steel company in Europe with a strong focus on delivering value, especially for our customers, our employees and our shareholders, said Hans Fischer, CEO of Tata Steel's European operations.

"This strategy will continue to guide us and I'm confident we will chart a strong path forward for all our stakeholders," Fischer said.

Steelworkers' unions in the UK, where Tata Steel has the country's largest steelworks at Port Talbot in Wales, have urged the Indian company to not make any "kneejerk" decisions on the workforce following the collapse of the merger.