Massive fire breaks out at commercial building in Noida's Hoshiarpur

The fire has been reported on the second floor of the building. 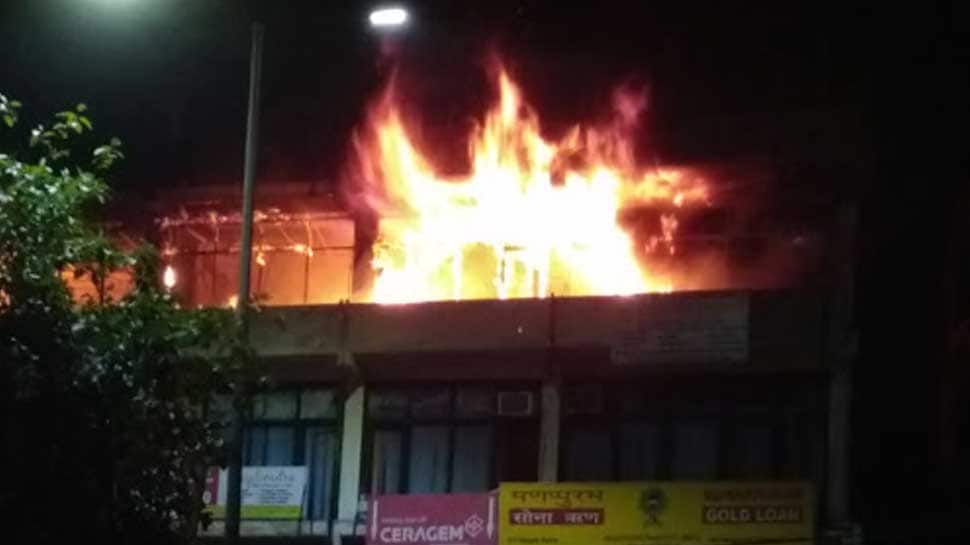 NEW DELHI: A massive fire broke out at a commercial building in Noida's Hoshiarpur locality on Saturday evening. The fire has been reported on the second floor of the building.

The building on fire is located in Sharma market near Sector 34 Metro station.  There are many hardware and electrical shops.

The blaze-hit building houses a branch of Punjab National Bank on the ground floor.

Fire department officials were informed about the incident by the locals and several teams were immediately rushed to the spot to douse the fire.

The fire is said to be under control now.

So far, there are no reports of any injury or loss of life due to the incident.

It is also not known as to what caused the fire.

A large number of people had gathered outside the building as the fire-fighting efforts were on to bring the situation under control. 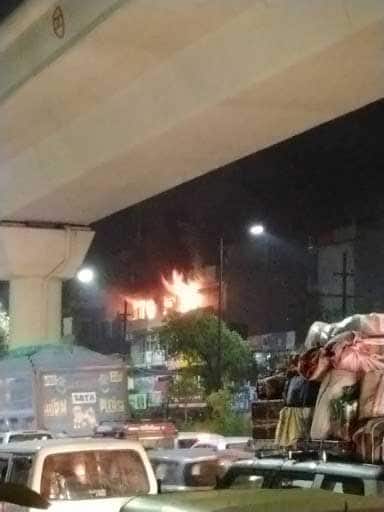 The massive fire also threatened several other commercial establishments but it was soon contained.

Earlier, a massive fire broke out on the second floor of the NDMC building in Connaught Place.

According to a Delhi Fire Service official, a call about the blaze was received at 6.36 PM and at least five fire tenders were rushed to the spot immediately.

The fire was brought under control by 7.15 PM, the official said.

There was no loss of life or injury to anyone in that case too.