Meghalaya mine mishap: Water being pumped out, Navy divers get to work

As many as 15 workers were trapped in a 370-foot-deep illegal coal mine in Ksan area of Lumthari village in the state. 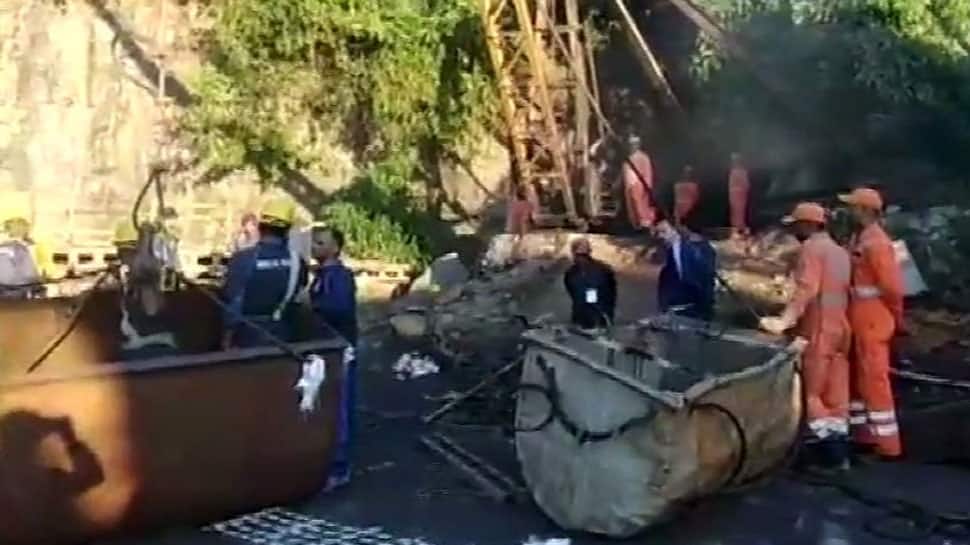 Shillong: On the 26th day of the Meghalaya mine disaster, the Coal India Limited (CIL) pumps managed to pull out 2.25 lakh litres of water in two hours as the pump was operational only in the afternoon.

An unmanned, remotely operated vehicle (ROV) of the Navy was sent down the 370-feet-deep rat-hole coal mine, where 15 miners are trapped since December 13, to determine visibility at the base of the shaft. The ROV, however, got stuck.

The unmanned vehicle was put into service to determine the visibility deep down at the bottom of the mine shaft and in case if there was any sign of the trapped miners.

Meanwhile, NRDF too is coordinating with agencies and providing assistance accordingly.

Odisha Fire Service has reported that they stopped pumping from two old shafts at 5.30 pm on Monday. Both the pumps were run for 10 hours each and the total water discharge pumped out is 1,80,000 litres.

As many as 15 workers were trapped in a 370-foot-deep illegal coal mine in Ksan area of Lumthari village in the state.

On December 13, nearly 20 miners entered the quarry owned by Krip Chullet. After reaching the bottom of the pit, they entered horizontal manholes, often termed as 'rat-holes', as each just about fits one person.

The miners were trapped in the illegal pit after water from nearby Lytein River gushed into the mine. Five persons were able to climb out of the flooded mine, leaving the others behind.