The 15 miners have been trapped inside a 370-foot-deep illegal coal mine in East Jaintia Hills since December 13. 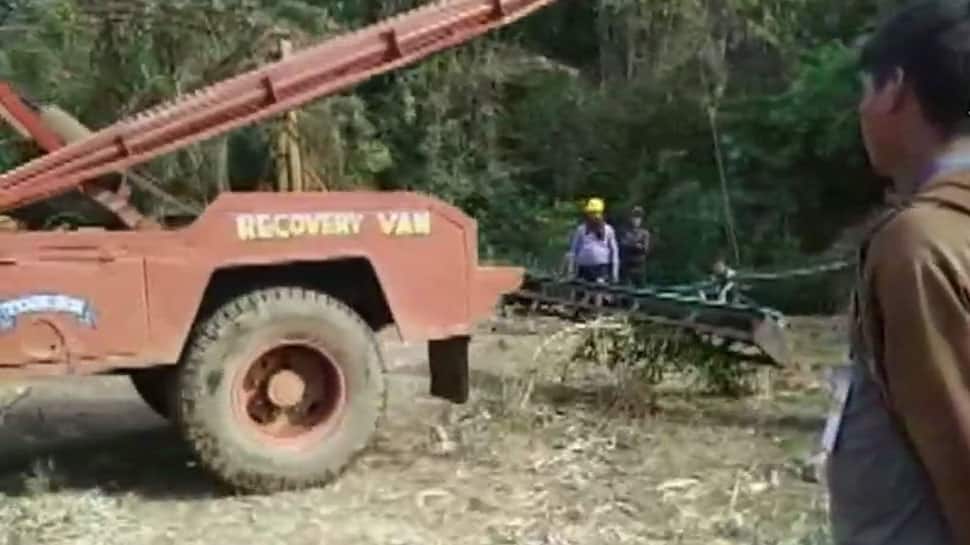 SHILLONG: Operation to rescue trapped 15 Meghalaya miners continued on Thursday, 29 days after they got stuck in a flooded coal mine of the state's East Jaintia Hills district.

The 15 miners have been trapped inside a 370-foot-deep illegal coal mine at Ksan near Lyteiñ River in East Jaintia Hills since December 13 after water from a nearby river gushed in, puncturing the mine wall.

#MeghalayaMiners : Operation continues to rescue the miners who have been trapped in a mine at Ksan near Lyteiñ River in East Jaintia Hills. They are trapped there since 13 December. pic.twitter.com/zSv9U8A4Sw

On Tuesday, Indian Navy`s Remotely Operated Vehicle (ROV) probes successfully went inside the two identified rat holes which run horizontal to the vertical shaft, informed Eastern Naval Command. The ROV operations are aimed at identifying and entering the rat holes in the incident shaft while simultaneously sanitising the adjacent shafts.

Last week, two high powered pumps, offered by Kirloskar Brothers Ltd, were finally activated on Day 23 of rescue operations. The pumps were engaged in dewatering the main shaft with the help of which Navy divers were expected to gauge the water level in the shaft.

A total of 5 naval ROVs have been augmented on site and simultaneous probes are being undertaken to maximise coverage.

Rescue divers from the Indian Navy and the NDRF are yet to be able to make any significant impact in their search and rescue operations as the water level is still beyond 100 feet, the safe diving capacity for the divers, the official said.