nubia has pitted the Red Magic 3 against the likes of ASUS ROG phone and the Black Shark 2 (launched in India last month) that cost Rs 69,999 and Rs 39,999, respectively. 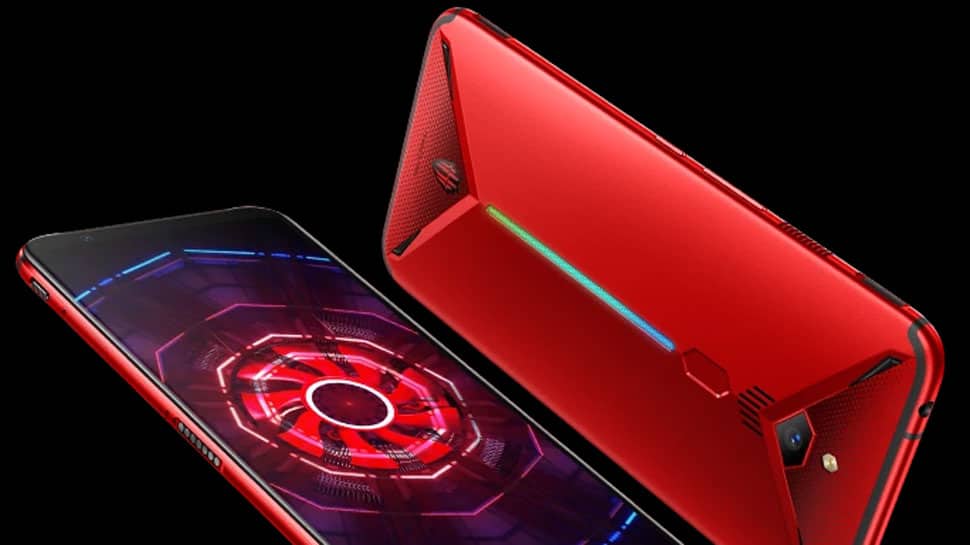 New Delhi: With gaming smartphones set to touch almost 6.5 per cent of the total smartphone market by 2021, Chinese handset maker nubia, which started out as a subsidiary of Shenzhen-based handset maker ZTE, has become the latest player to join the bandwagon.

nubia has pitted the Red Magic 3 against the likes of ASUS ROG phone and the Black Shark 2 (launched in India last month) that cost Rs 69,999 and Rs 39,999, respectively. The Black Shark 2, however, offers 6GB RAM.

Here`s how it fared.

The biggest USP of the degvice is the fan-based cooling system; the device has vents that suck the air in and throw it out to keep the device cool during intense gaming sessions.

The liquid cooling system, complemented by the capacitive triggers on both sides and a 6.65-inch full-HD+ HDR display with a refresh rate of 90Hz, helped in smoother and faster gaming experience.

Like most gaming devices in the market, the nubia red Magic 3 too has a unique design; the RGB lighting strips looked striking when it lit up.

The SIM card tray and a gaming port are housed on the left side of the device and the gaming port connects to the gaming dock and connects it to a computer for game streaming.

The screen is topped with a layer of Corning Gorilla Glass for protection and has maximum brightness of 430 nits which made it apt for bright outdoors.

The top of the device houses a 3.5mm headphone jack while at the bottom sits a USB Type-C port, next to which is a speaker. Top of the display has a speaker grill that functions both like an earpiece and a top speaker.

Performance was fast thanks to Qualcomm`s top-tier Snapdragon 855 chipset and an integrated Adreno 640 GPU graphics card.

Talking about nubia Red 3 Magic`s the camera performance, there`s a 48MP single sensor that decently does the job in bright light. However, low-light performance wasn`t up to the mark and photos had visible loss of details.

Conclusion: With an industry-first inbuilt cooling system and a massive 5,000mAh battery, nubia Red Magic 3 makes for a good gaming phone which is also aesthetically pleasing.