The Galaxy S9+ was launched in India last year. 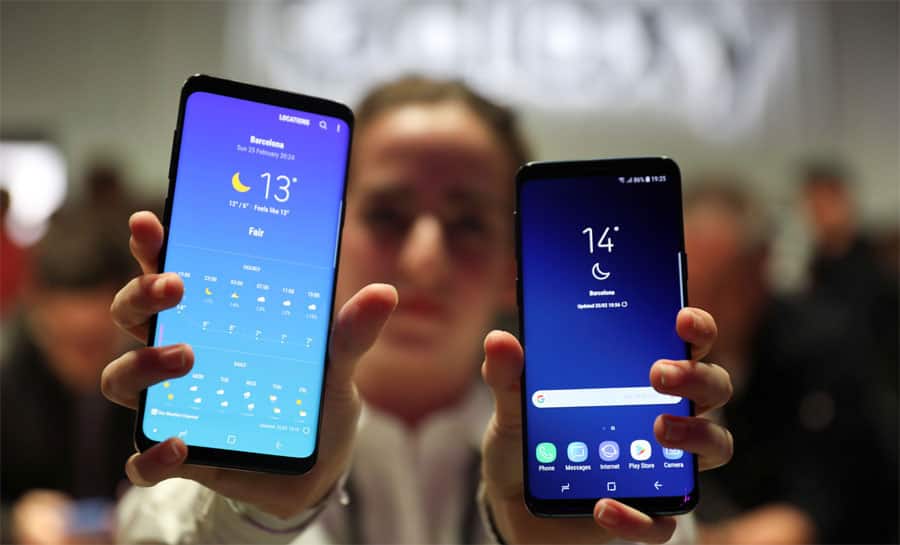 New Delhi: At a time when the smartphone market is abuzz with numerous reports of the upcoming launch of Samsung Galaxy S10, the South Korean Electronics manufacturer has slashed the price of the Galaxy S9+.

Media reports claim that the price cut is for all the three variants of the Galaxy S9+, but only via online sale.

The Galaxy S9+ was launched in India last year. In terms of specifications the phone is powered by the Qualcomm Snapdragon 845 processor.

The phone has 6GB RAM and houses 3,500mAh battery.

It has a "Super Speed Dual Pixel" sensor with dedicated processing power and memory to take high-quality pictures. Samsung's "Dual Aperture" (F1.5 / F2.4) -- the world's first such feature in any smartphone -- automatically lets in more light when it's dark and less light when it's too bright, taking photos that are crisp and clear. The "Super Slow-mo" video captures 960 frames per second. The "Slow-mo" videos can also be turned into GIFs.

The Galaxy S9+ also offer automatic "Motion Detection", a feature that detects movement in the frame and automatically begins to record -- all users have to do is set up the shot.

The device support expandable memory of up to 400GB with a Micro-SD Card.