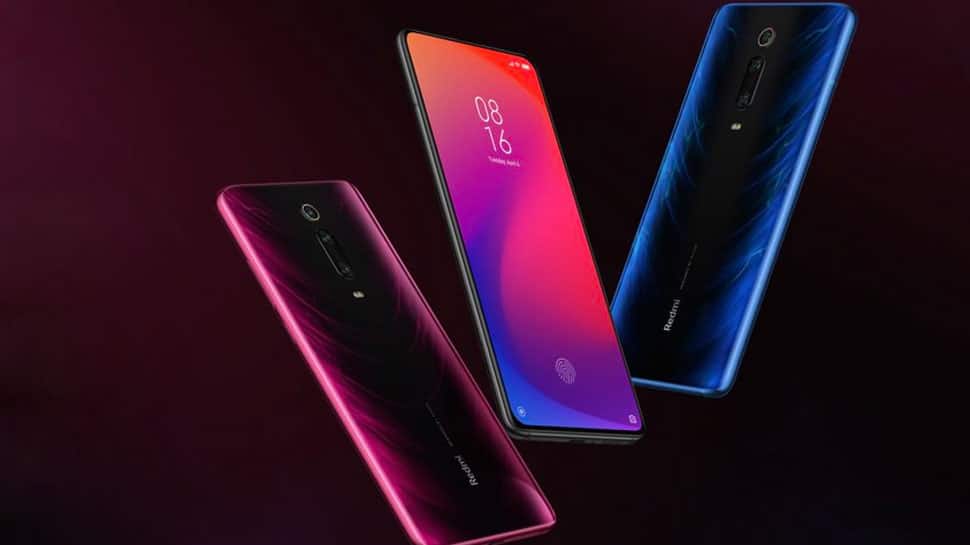 “We realized while millions have shown interest in the product series, but there are a few who are critical of the pricing,” Jain wrote in the letter.

He explained that Redmi K20 Pro is powered by Qualcomm's Snapdragon 855, and has specifications that are only available in flagship phones above Rs 40,000-50,000.

He explained that the company has been able to bring several top-line specifications on the phone starting at Rs 27,999.

Explaining the difference between India and China pricing of the phones, he said, in India, Redmi K20 Pro starts with a 6GB + 128GB variant , unlike the 6GB + 64GB variant in China.

“Redmi K20 and K20 Pro are the most complicated smartphones to have been manufactured in India. This required the entire infrastructure in our manufacturing plant to be upgraded to tech-nology which did not exist before. Given the complexity, most of other brands do not manufac-ture flagships in India and hence India pricing is usually 20-40% more expensive than interna-tional pricing,” he wrote. 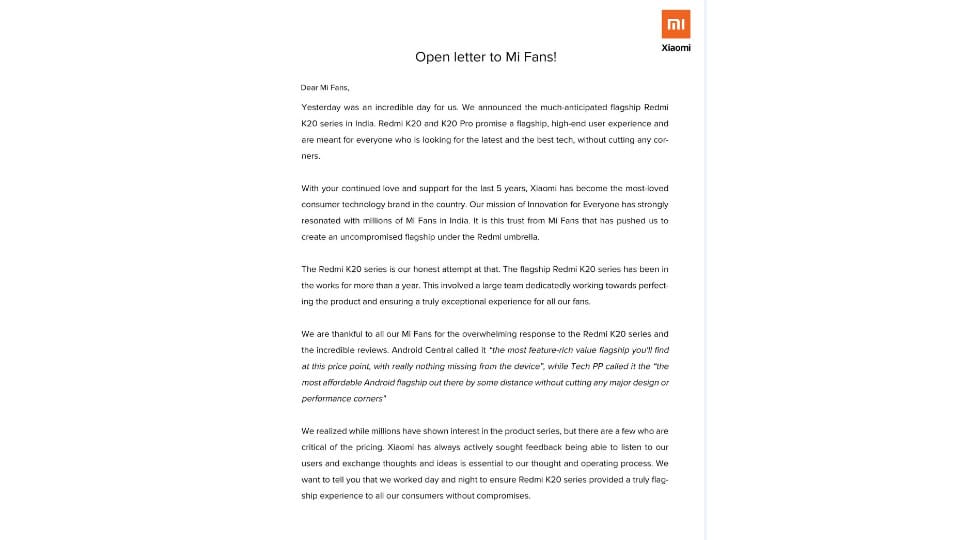 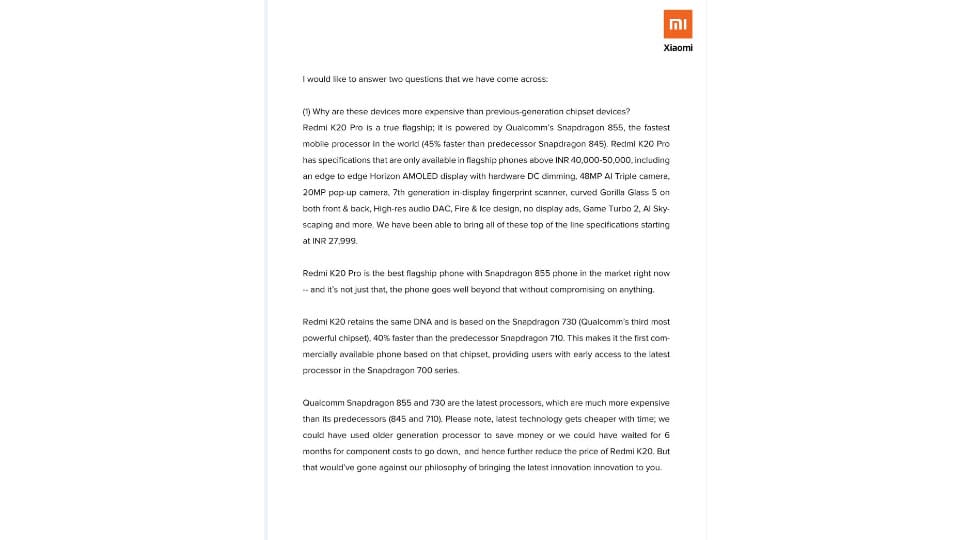 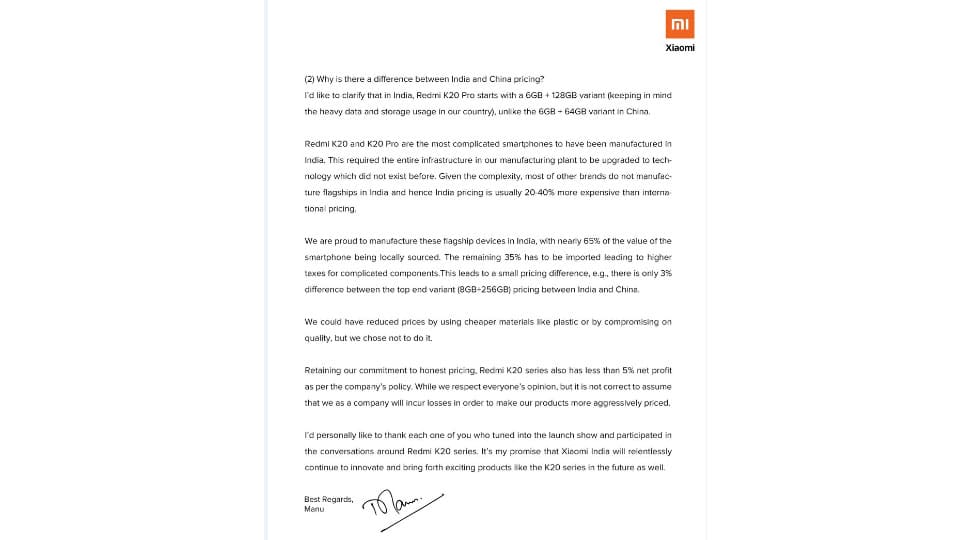 This has led to many smartphone taking to social media complaining about the high price of newly-launched Redmi K20 and K20 Pro.