The comparisons with great compatriot Michael Schumacher, who had to wait until his fifth year at Maranello in 2000 before ending a long title drought, are being ramped up again. 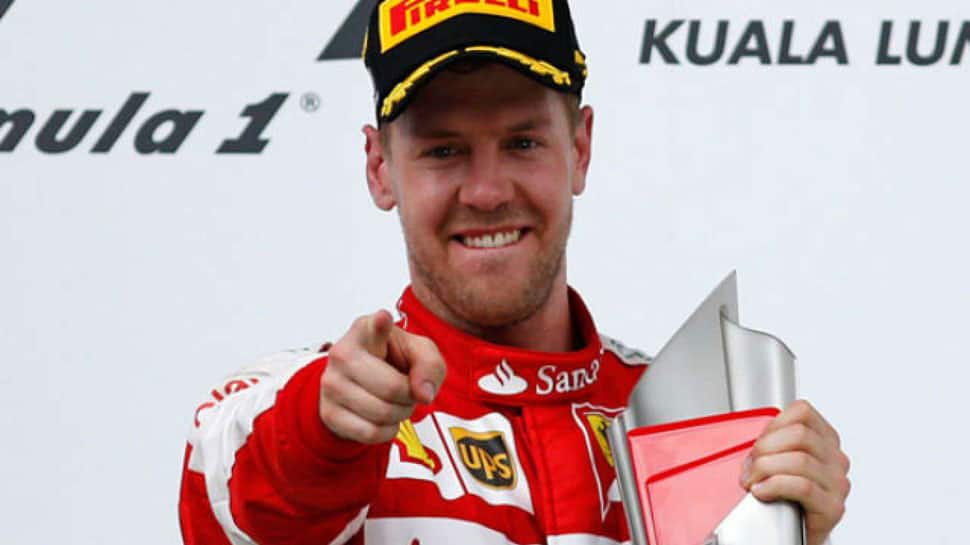 Every Ferrari driver feels a heavy burden of expectation but the pressure is mounting more than ever on Sebastian Vettel, as the German enters his fifth season with Formula One`s most successful and glamorous team.

The comparisons with great compatriot Michael Schumacher, who had to wait until his fifth year at Maranello in 2000 before ending a long title drought, are being ramped up again.

Ferrari, who last won a title more than a decade ago, have sent hopes soaring with Vettel fastest in testing and Mercedes rival Lewis Hamilton suggesting that the Italians could be half a second quicker.

Vettel, hunting his fifth crown, was naturally wary of fuelling the hype when asked at the start of testing whether the pieces were in place for him to emulate the success of his seven-times world champion predecessor.

"It doesn’t feel like five years, to be honest, but that’s what it is," said the 31-year-old, who joined in 2015 as a four-time champion from Red Bull and is now the same age as Schumacher was 19 years ago.

"Overall the progression is there, the team is developing and closer together year by year so I hope that this year we get to have a lot of fun -- and fun means to win a lot of races and then ultimately you are fighting for the championship.

"That’s obviously what we want but at this point, it’s very far away," added the German, who won five races last year in a championship that slipped away after costly errors by both him and the team.

Schumacher started the 2000 season with a new teammate in Brazilian Rubens Barrichello and Vettel begins the campaign in Australia on March 17 with Charles Leclerc a fresh face in the adjoining garage.

There the comparisons end, however.

Just 21, Leclerc is the youngest Ferrari driver since Mexican teenager Ricardo Rodriguez in 1961 and one whose career has been nurtured and fast-tracked by the team -- unlike Barrichello who joined in his late 20s after seven seasons elsewhere.

The Monegasque may take time to settle in but he is fast, engagingly fluent in Italian and -- unlike 39-year-old Finnish world champion predecessor Kimi Raikkonen -- the face of the future.

"It`s going to be a big year for Sebastian, I think," commented 2009 world champion Jenson Button. "Charles seems such a happy-go-lucky guy, very relaxed, and I think the team is really going to take to him."

"And that can sometimes hurt the other driver."

Leclerc, combining the two most potent symbols of Formula One as a driver from Monaco in a Ferrari, has so far shrugged off the pressure.

"I’m just focusing on myself and trying to erase and delete what everyone is expecting from me," he told reporters last month.

Whether he can pose more of a challenge to Vettel than Raikkonen is one of the new season`s intriguing questions, with big implications for the German if the newcomer matches him for speed.

In the short term, Vettel is likely to be favoured, however.

"Obviously the two will be free to fight... but certainly if there is a big situation at the start of the season, Sebastian is the one who`s got more experience," said new team boss Mattia Binotto as testing ended last week.

"Many years he`s with us, he`s already won championships, so he`s our champion."

The appointment of Binotto, a former technical head who joined Ferrari in 1994 and a year before Schumacher, re-aligns the team with their racing roots and has already had a notable impact on raising morale and openness.

Ferrari were closed and aloof under predecessor Maurizio Arrivabene, a marketing man drafted in from sponsor Philip Morris, with some insiders talking of a climate of fear at Maranello while he was in charge.

"The team is the same, obviously apart from the team principal, but the team and the foundation are the same," said Vettel.

"We have a team that is working, we have been able to produce a winning car for the last couple of years so I think it would be madness to change everybody and move too many things around. But certainly, we had our difficult moments.

"Obviously he (Binotto) has been around a long time and knows everybody... so far I think everybody has a smile on their face, focused and happy to come in for work and do their job."