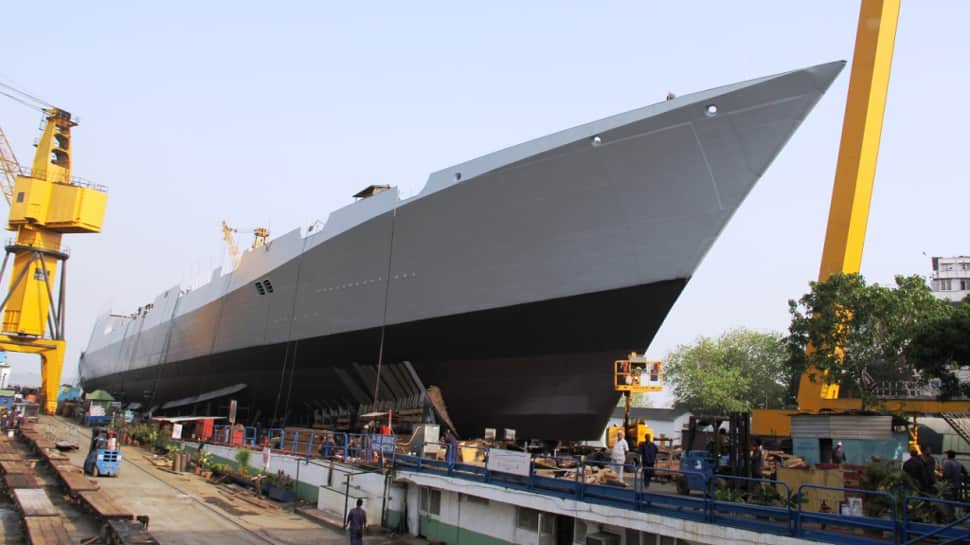 MUMBAI: One person died and another sustained burn injuries after a massive fire broke out at an under-construction Navy warship 'Visakhapatnam' at Mazagaon Dockyard on Friday evening.

"A minor fire incident took place on Yard 12704 (Visakhapatnam), the first of class of Project 15 B during grinding operations in tank at MDL today at around 1600 hrs. The fire was brought under control by 1900 Hrs," said Mazagaon Dock Shipbuilding in a release.

"One contract worker unfortunately succumbed possibly due to asphyxia and burn injury and another suffered minor burns. An enquiry has been constituted to ascertain the cause of the fire," it added.

The under-construction ship was docked at the main gate of Mazgaon Dock near Nirman Bhavan, next to Dockyard Road railway station on Mumbai's Harbour Line.

The blaze erupted on the second deck of the ship at 5.44 pm. The first responders arrived at the site by 6:05 pm. Five fire-fighting vehicles and four water tankers were rushed to the spot.

The blaze was confined to the second and the third deck of the warship, said the fire department. However, the smoke spread across the warship.

Firemen are encountering "tremendous heat and smoke" during the rescue operations and are using breathing apparatus. “Fire fighting operation under process by donning BA (breathing apparatus) sets and using two hose line. Smoke logged in ship. Searching for seat of fire along with Navy firefighters. One suspected trapped inside,” said the fire department.

"Simultaneously dewatering is in progress. Two team of two firemen can only work in rotation as the hatch to lover deck hold is very much small," added the department

Indian Navy is building the Project 15B Visakhapatnam class of stealth guided missile destroyers. The four destroyers are Visakhapatnam, Mormugao, Imphal and Porbandar. These warships, once commissioned, will be the largest destroyers in the arsenal of the Indian Navy with a crew of 50 officers and 250 sailors.